CargoBeamer to open its own intermodal wagon factory

Company says there was a lack of capacity in the European market to build intermodal wagons. 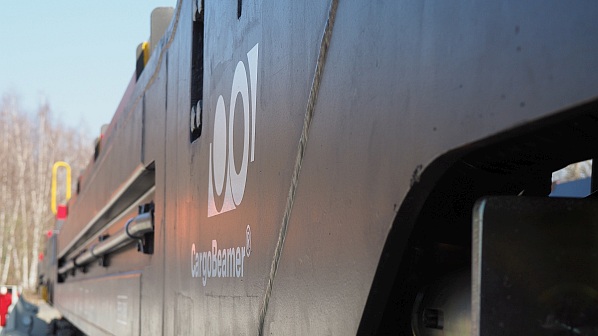 GERMAN logistics company CargoBeamer will commence production of its own intermodal wagons at a former locomotive factory in Erfurt, Germany, this year, and expects to build 500 vehicles per year from 2023.

The site was used to manufacture locomotives in the 20th century. Initially the final assembly of the non-craneable wagons will be undertaken at the site. After a short ramp-up phase, about 500 wagons will be manufactured annually at the facility.

To enable production to start, the 3000m2 facility will be modernised including the fitting of an energy-efficient roof and the reactivation of the existing rail connection.

Initially around 15 people will be employed in Erfurt, but CargoBeamer plans to expand that to a team of 50.

The wagons will be built with a steel frame and a loading pallet which enables horizontal, parallel and automated loading of all kinds of loading units in a terminal.

Mr Philipp Aubert, CargoBeamer Rolling Stock managing director, says that in recent months the company has discovered that production capacity for intermodal wagons in Europe is no longer sufficient for its plans meaning it took the decision to build its own fleet. He says it also enables the company to counter market fluctuations and capacity bottlenecks.