Delivery of the new fleet of EMUs will start in 2027. 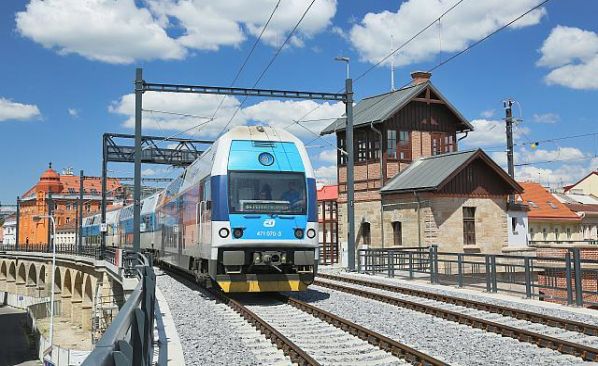 CZECH Railways (ČD) has issued a tender for the supply of up to 90 four-car EMU 400 trains to operate on suburban services on five routes in Prague and Central Bohemia. The framework contract is valued at Koruna 42.2bn ($US 1.8bn).

According to Mr Michal Krapinec, ČD’s chairman and CEO, the new trains are needed to increase capacity, cope with the planned conversion from dc to ac electrification and replace CityElefant double-deck EMUs which will reach the end of their planned service life in the next decade.

Manufacturers can offer entirely double-deck EMUs or trains with a mixture of double and single-deck cars provided each train has at least 380 seats and space for two wheelchairs, six pushchairs and at least 30 bicycles. The trains must be fully accessible for passengers with reduced mobility including Braille signs onboard.

The air-conditioned trains must be designed for operation on lines electrified at 3kV dc and 25kV 50Hz ac and have a maximum speed of at least 160km/h. Up to three sets must be able to operate in multiple to create a 12-car train with a capacity of up to 1140 seated passengers.

The trains will be fitted with GSM-R and ETCS, and a remote fault diagnosis system designed to transmit information about faults between the train and the maintenance centre.

"The new train must have barrier-free boarding, retractable steps and ramps for wheelchair passengers, an audio-visual information system with LCD monitors, Wi-Fi internet connection and sockets for recharging not only travel electronics, but also electric wheelchairs and e-bikes,” says Mr Jiří Ješeta, ČD board member and deputy director general for passenger transport. “Roughly 5% of the capacity will be first class. We are also thinking about our social obligations, so the train will be equipped with bins for sorted waste. Regeneration will reduce electricity consumption and allow electricity to be returned to the network when braking.”