CZECH Railways (ČD) has published a tender to lease between 10 and 50 interoperable electric locomotives for passenger services. The 10-year lease is worth Koruna 10.8bn ($US 484.7m), excluding VAT, and includes full maintenance. 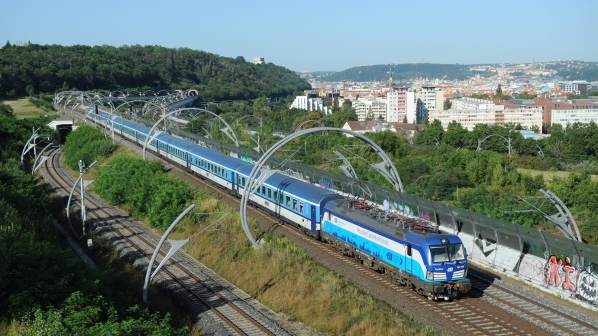 The locomotives must be equipped with ETCS and compatible with the Czech Mirel safety system. The tender also stipulates that the lessor must have supplied at least 10 locomotives within the last three years, for a minimum value of €3m. Bids must be submitted by October 1.

The leased vehicles are meant to bridge the gap before the delivery of 40 new locomotives, which ČD launched a tender for in July.

The tender calls for 40 200km/h electric multi-voltage locomotives for operation in the Czech Republic, Slovakia, Poland, Hungary, Austria and Germany, with options for up to 50 additional locomotives, along with 10 years’ maintenance.

It is now focusing on replacing its ageing electric locomotives, such as the series 150/151 and 242 vehicles. With the introduction of ETCS on the Czech Republic's corridors, all trains operating on the lines will be required to be fitted with ETCS from 2025. However, ČD says it would not be cost effective to retrofit the aging locomotives.