This includes 21 trains due to be delivered by Končar by 2023. 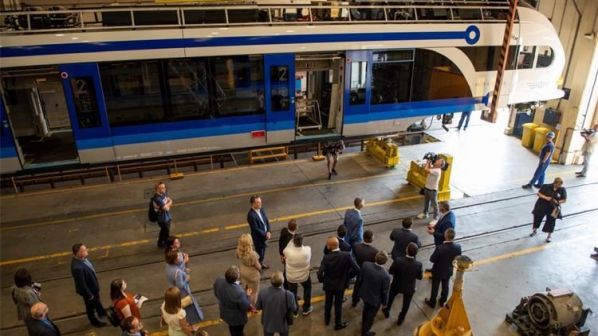 This includes 21 EMUs ordered from domestic manufacturer Končar in 2020, including 11 suburban trains and 10 regional trains. The first trains are due to enter service in December, with delivery of the full fleet due by December 2023. The full contract is worth Kunas 1.29bn ($US 174m), of which 85% has been funded by the European Union (EU).

HŽPP board president, Mr Željko Ukić, said the company’s main goal is to renew rolling stock for local and regional services, which in turn would lead to lower operating costs, improving passenger comfort and capacity and making services more reliable.

Croatia’s minister of the sea, transport and infrastructure, Mr Oleg Butković, said that greater emphasis will be put on modernising the railway, with around €3.5bn to be invested by 2030. He also underlined the need to amend legislation on public procurement, as projects are often slowed down by numerous appeals against contract awards.

One example is the upgrade of the Hrvatski Leskovac - Karlovac line, a project costing over €300m that was due to begin this year but was delayed after 11 complaints were received during the tender process.

Butković announced that following the opening of the upgraded Zaprešić - Zabok and Savski Marof - Zagreb routes in July, the Vinkovci - Vukovar section should be completed by the end of 2022.