CRRC begins construction of dual-mode locomotives for Port of Rotterdam

First Rail Innovator Group locomotive due in the Netherlands in 2023. 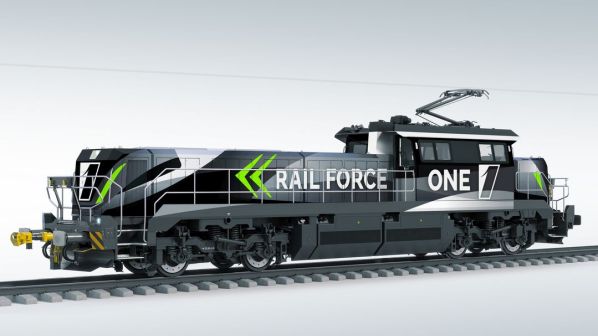 Dual-voltage, dual-mode locomotives have been ordered for use in the Netherlands and Germany from 2024.
Photo Credit: Port of Rotterdam.

A framework agreement for multiple dual-mode locomotives was agreed last year, with an initial order for two locomotives. The first is expected to arrive in Rotterdam early 2023.Both shunters are expected to be ready for commercial operation by the second half of 2024, initially only operating in the port of Rotterdam. The first locomotives will be used in the Netherlands, followed by Germany and Austria.

The order follows a joint, two-year development for the new electric overhead wire/battery locomotive type following the signing of an agreement between CRRC and Rail Innovator Group in 2018. The latter wants to slowly phase out its use of diesel locomotives and the new locomotives will be compatible with 1.5kV dc, 25kV 50Hz ac and 15kV 16.7Hz ac electrification, which will also charge the on-board batteries The hybrid locomotive will be equipped with on-board ETCS level 2 safety system. Arrangements concerning maintenance have not been released.

The purchase of electric hybrid shunting locomotives is supported by the Port of Rotterdam authorities, which has a policy for climate neutral operations across Europe’s biggest port by 2050.

The authorities have successfully worked with around 45 companies in the port to apply for a €25m subsidy from the European Union , some of which some will fund the zero emission shunting locomotives.

Battery capacity in the locomotive is sufficient haul a long intermodal train from Maasvlakte freight yard to the Euromax intermodal terminal, some shunting and return to Maasvlakte yard, all together the longest non-electrified route in the port of Rotterdam.

Rail Innovator Group says that the unit is a mix of shunter and feeder locomotive, designed to be suitable for Rotterdam’s port railways given its power and riding performance.