CRRC Zhuzhou Electric Locomotive has completed production of the first driverless metro train for Turkey, six months after it was awarded the contract. 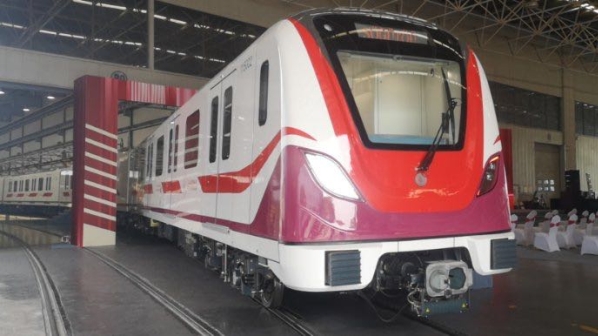 The train, produced in Zhuzhou, Hunan Province, is the first 120km/h automated metro train exported overseas by China. The four-car train has space for 1100 passengers, and is equipped with remote tracking, diagnostics and maintenance systems.

CRRC Zhuzhou was awarded a Lira 1.55bn ($US 221.8m) contract in January to supply 176 metro cars for Line M11, which is being built to serve Istanbul’s new airport which opened in April 2019.

The 37km automated metro line is being constructed at a cost of €1bn by the Kolin-Şenbay Partnership. The line starts at Gayrettepe in northern Istanbul where it will interchange with Line M2, and will have six stations. Line M11 was originally planned to open in 2019 but construction has been delayed.