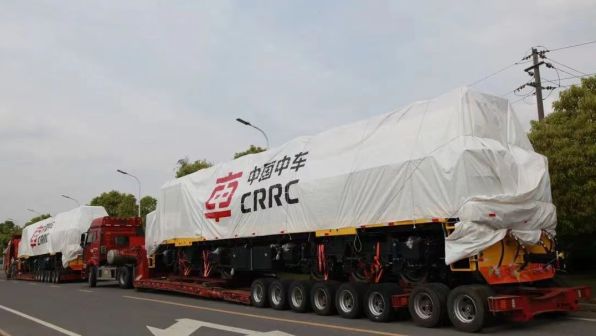 CRRC Qishuyan reports that it has delivered a second batch of two diesel locomotives to Kenya Railways Corporation (KRC) for its metre gauge network.

The new shipment joins the first two locomotives to arrive in Kenya, which are now in operation on the routes from Nairobi to Kisumu and Nanyuki following testing and successfully passing KRC acceptance trials.

CRRC Qishuyan reports that the very first locomotive to be delivered has now covered over 38,000km during four months of operation.

The manufacturer also says its simple and robust design was developed to meet the specific needs of KRC, offering high availability and ease of maintenance.

The low axleload design features a traction alternator and dc traction motors, and can operate reliably in local conditions ranging from heavy rain to sandstorms.

CRRC Qishuyan has also supplied 56 diesel locomotives for Kenya’s Standard Gauge Railway (SGR), which runs for 472.3km from Mombasa to Nairobi and has a maximum axleload of 25 tonnes.