CHILEAN State Railways (EFE) has awarded CRRC Sifang a $US 77m contract for 13 new trains, which EFE Ferrocarriles del Sur will operate on the Biotren, Corto Laja and Victoria-Temuco services in the Biobío and La Araucanía regions. 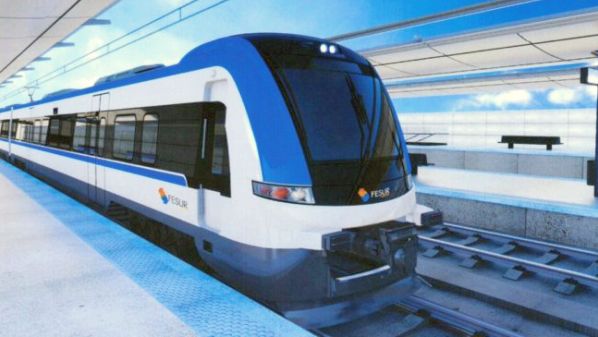 The announcement was made on October 26 by the undersecretary of transport, Mr José Luis Domínguez, EFE president, Mr Pedro Pablo Errázuriz, chairman of Ferrocarriles del Sur, Mr Víctor Lobos, and regional and community authorities. Alstom and CAF submitted unsuccessful bids for the contract.

CRRC Sifang will supply 10 three-car EMUs for the Biotren and Corto Laja services, and three two-car DMUs for the Victoria-Temuco route. EFE says the trains will be quieter, lighter and more energy efficient compared with the current fleet.

The tender included special safety requirements, and the new trains will be equipped with an anti-crash device and an anti-climber system as well as double-glazed glass-polycarbonate windows which will allow greater thermal and acoustic insulation.

The contract also includes a virtual training simulator, a railway tractor for moving trains in workshops, and various replacement components.

The first EMU is due to be delivered in March 2020 and is scheduled to enter operation in the second half of the year.