GERMAN Rail (DB) began use of its 48 newly-refurbished and shortened ICE 1 trains on the Hamburg - Frankfurt route in mid-June. Plans for the €320m refurbishment were announced in 2018 and will enable DB to use the trains for another decade, with the option to refurbish an additional 10 sets. 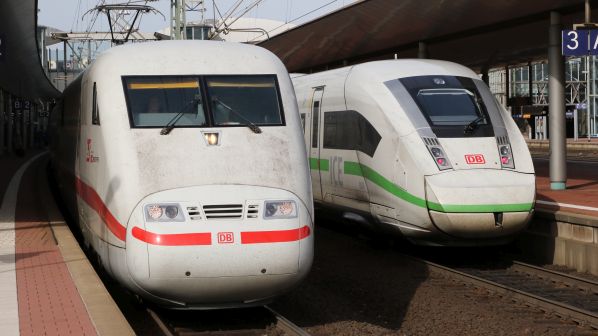 The renovated trains have a reduced capacity of 503 seats, with two fewer second class coaches and one less first class coach. DB’s remaining 12 ICE 1 trains will be kept in reserve or stripped for spare parts.

Work began in 2019 at DB’s Nuremberg site, with the first finished train beginning testing in April 2020. Five trains have been refurbished so far, with 43 more scheduled to arrive at two per month until 2023. DB’s facilities in Krefeld, Munich and Neumünster will also be involved in the project.

The operator also plans to introduce its new seven-car, 444-seat Siemens ICE 4 trains from December 2020, following government approval in April. The first seven-car train has been received by DB, with 19 scheduled for delivery in 2020-2021 and a further 18 in 2023.

DB has also received all 50 12-car ICE 4 trains from its original order and will begin accepting its additional option of 50 longer 13-car trains in 2021, as agreed in 2018. The 13-car trains are expected to be used on Dortmund - Stuttgart - Munich and Hamburg - Frankfurt - Basle routes.