The trains will operate in Germany’s Mecklenburg-Vorpommern region. 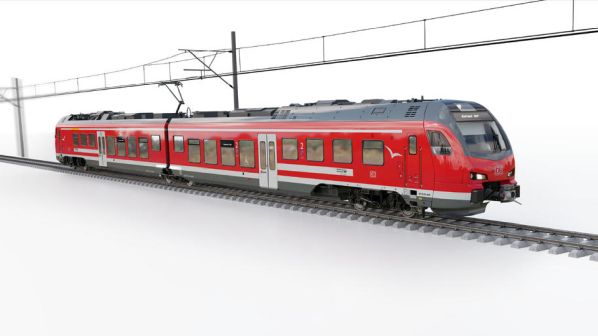 Stadler successfully completed a three-year research project to test battery operation of the unit in March 2021. The Flirt Akku can operate on partially and non-electrified lines and has a range of up to 100km in battery mode. The train has travelled up to 224km in battery mode during testing.

DB Regio will operate the trains on the previously diesel-only H-network that runs along part of the Baltic Sea coast. DB Regio was awarded a contract in 2010 to operate the network for 13 years from 2012, which includes 1.5 million train-km a year and includes the RB11 Wismar - Rostock - Tessin and RB12 Bad Doberan - Rostock - Graal-Müritz lines.

DB Regio also ordered 44 Flirt Akku BEMUs on November 25 2021, which it will operate in the Rheinland-Pfalz, Saarland and Baden-Württemberg regions. Since 2019, Stadler has sold 113 vehicles with alternative drive technologies in Germany