GERMAN Rail (DB) has announced plans to invest €12bn in new trains up to 2026 to increase long-distance seating capacity by 20% and replace commuter trains. 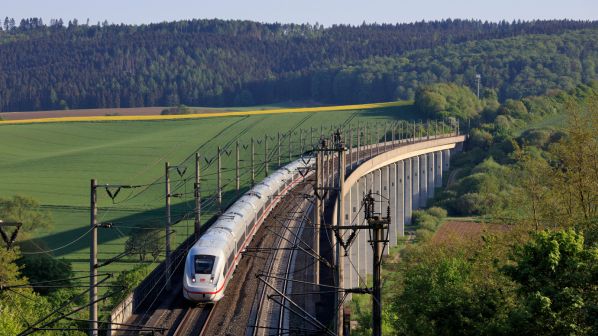 “This is a record sum in the history of DB,” says DB board member for passenger transport Mr Berthold Hube. “Every euro for more rails and modern trains is well invested.”

DB Regio plans to invest around €2.7bn in Germany’s five major S-Bahn networks to modernise existing trains and procure new vehicles. During the next two years, DB Regio will invest around €1bn to purchase more than 350 regional vehicles.

DB will invest €8.5bn in the long-distance fleet to replace 40-year-old locomotive-hauled coaches and expand the high-speed fleet to cope with rising demand. Traffic on the Berlin - Munich high-speed line rose by 14% this year and DB is running more trains on the line since the new timetable started on December 15. DB will expand the ICE4 fleet from 38 to 137 trains and the IC2 fleet from 44 to 86 trains.

In 2021, DB plans to double the frequency between Hamburg and Berlin to run a train every 30 minutes. DB will also introduce a new InterCity route between Frankfurt, Siegen, Dortmund and Münster, and a new EuroCity service between Munich and Zürich following the completion of electrifcation. Introduction of 13-car ICE4 trains will also begin in 2021.

In 2022, the Stuttgart - Zürich InterCity service will be stepped up to operate every hour. This will be followed in 2023 by the opening of the Wendlingen- Ulm high-speed line which will cut journey times between Stuttgart and Munich, and the introduction of 30 new high-speed trains on the Cologne - Frankfurt and Berlin - Munich high-speed lines.

Finally in 2026, a half-hourly service will be introduced on the Hamburg - Hannover - Frankfurt - Stuttgart - Munich high-speed corridor together with journey time reductions south of Frankfurt and northwest to Cologne.