Alstom will build the Metropolis trains at its Sri City factory in Andhra Pradesh. 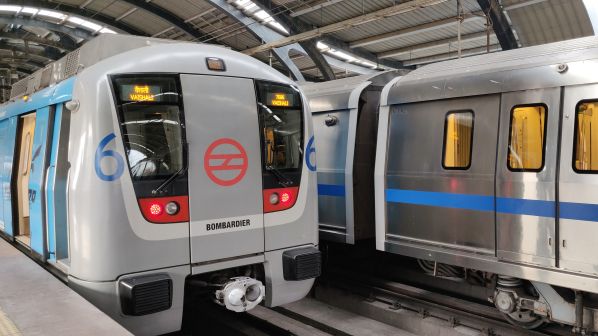 DELHI Metro Rail Corporation (DMRC) has placed a €312m order with Alstom for the manufacture and supply of 312 standard gauge metro cars to be used in Phase 4 expansion of the Indian capital’s metro network.

DMRC will deploy 234 cars on the 12km Line 7 extension from Mukundpur to Maujpur and the 28km Line 8 extension from Janakpuri West to Ramakrishna Ashram. Another 78 cars will be deployed on the 23.6km Silver Line between Aerocity and Tughlakabad.

The cars will be manufactured at Alstom’s facility at Sri City in Andhra Pradesh and Alstom India managing director, Mr Olivier Loison, says the train’s high recyclability and low weight will reduce energy consumption and minimise environmental impact in the region.

Alstom has supplied more than 800 metro cars to Delhi and has also partnered with the DMRC on other projects including train control and signalling systems installed during phases 1, 2 and 3.

The 104km Phase 4 expansion aims to connect residential areas in the National Capital Region and was due to be completed in 2022, but has faced delays on account of the Covid-19 pandemic and other factors.

However, notable progress has been reported with three lines in recent months: the line connecting Janakpuri West with Ramakrishna Ashram, from Aerocity to Tughlakabad, and the Maujpur - Majlis Park line.

DMRC officials say the Maujpur - Majlis Park line will be completed in November 2024.

Upcoming projects in Phase 4 include the 21.7km Red Line extension from Rithala to Narela and the 4.86km route from Narela to Kundli. Also proposed is the 5.1km Blue Line extension from Noida Sector 62 to Sahibabad and the 5km Vaishali - Mohan Nagar line.

Once complete, the Phase 4 expansion is expected to cater for an additional 1.5 million passengers every day.

For detailed data on fleet orders in India and from around the world, subscribe to IRJ Pro.