New EMUs will operate between Seoul and Incheon. 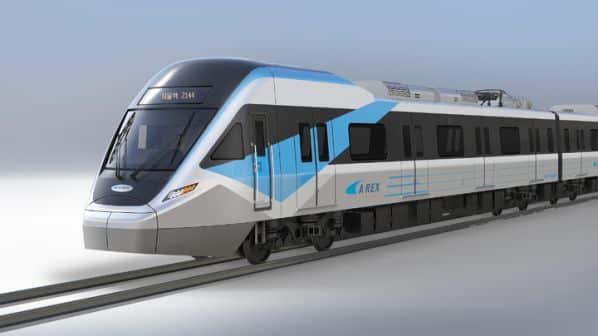 AIRPORT Railroad, the operator of the rail link between Seoul and Incheon International Airport, has released the final design for its new fleet of express EMUs which will enter service from 2025.

Hyundai Rotem is supplying nine six-car EMUs that will enable the frequency of express services between Incheon and Seoul to be increased, helping to relieve overcrowding.

Airport Railroad says that it expects to operate trains every four minutes at peak times and reduce overcrowding by more than 30% once the new fleet is in service.

Maximum speed of the new rolling stock will be 150km/h. By increasing the current average speed of express services from 74km/h to 97km/h, it is hoped to reduce the journey time between Incheon and Seoul from 53 minutes to 39 minutes.

Accelerating Airport Railroad services by means of the new, faster fleet was announced in April 2021 as part of Korea’s 4th Nationwide Railway Plan to invest Won 114.7 trillion ($US 99.88bn) over 10 years.

The design for the new express fleet has been finalised following consultation that included a survey of 190,000 people as well as input from external consultants.

The express fleet will have more comfortable seating in a long-distance configuration, compared with the metro-style seating that Airport Railroad offers on its stopping services between Incheon and Seoul.