THE regional transport authority in the Dutch province of Groningen has announced plans to introduce hydrogen trains for its regional concession following a successful test earlier this year. 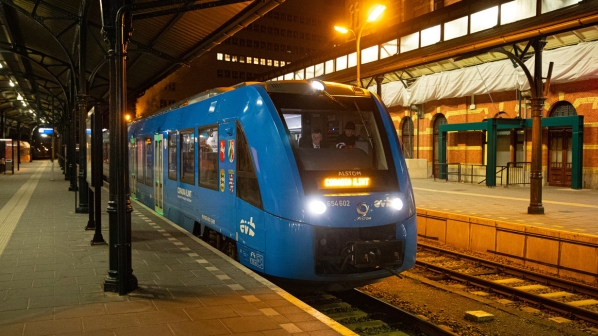 The overnight trials between Groningen and Leeuwarden simulated regional and fast train operation.

Following the positive results, Groningen is looking to switch to hydrogen traction, starting with the introduction of new services and the extension of existing services. This includes services between the city of Groningen and Stadskanaal, as well as cross border service along the “Wunderline” to Leer in Germany, which are due to start following the reconstruction of the bridge across the river Ems.

The trial was undertaken at night over two weeks between Groningen and Leeuwarden at the beginning of the year, simulating regional and fast train operation. Operation was comparable with Arriva Netherlands’ regular services, with fuel consumption as expected and refuelling faster than anticipated. The train was also 50% quieter than the diesel trains currently operating on the line.

The province of Groningen plans to launch a tender for new hydrogen-powered regional trains in 2021, although it will have to secure financing and an authorisation to place into service in the Netherlands. Groningen has indicated that the trains could initially operate between Veendam and Stadskanaal.