Eversholt and Vivarail to explore battery traction for class 321 EMUs

Partners hope the project will improve the flexibility and viability of the fleet currently leased by Greater Anglia. 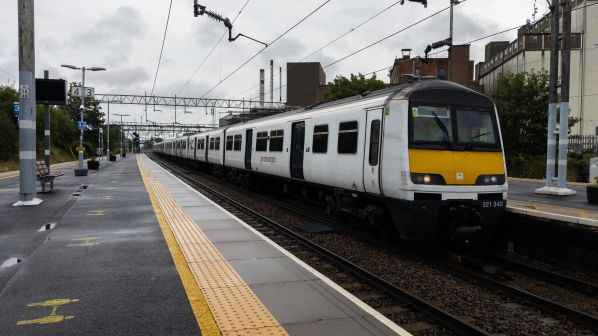 EVERSHOLT Rail and Vivarail have signed an agreement aimed at developing a battery traction solution for the class 321 Renatus EMU fleet currently leased by Eversholt to British operator Greater Anglia.

The partners say that they are working together to develop a design to integrate batteries into the 30-strong fleet to offer 32-48km of self-propulsion. They state this capability will enable the trains to operate on non-electrified routes and increase the availability of low-carbon rail options to meet passenger demand, in particular in more rural areas, and will also support redeployment of the fleet to other routes.

The partners add that a number of potential opportunities have been identified across the British network following discussions with passenger operators, regional sponsors, and the Department for Transport (DfT).

Technical and safety case development will continue throughout 2022 and in parallel Eversholt Rail and Vivarail will engage with the market to assess the viability of potential routes. This will inform the decision on further investment in the fleet. As the designer and manufacturer of existing battery and hybrid trains for the British market, Vivarail says it is well positioned to take the project forward.

The 30 class 321s were built by BREL at York for the former British Rail in 1988 and 1989 and underwent a £65m refurbishment in the mid-2010s under the Renatus programme, including the installation of ac traction motors, air-conditioning and upgraded interiors.

The first refurbished train entered service in 2016 and the programme was completed in 2019 with the trains operating Greater Anglia services from London to Southend, Southminster, Braintree, Clacton, Harwich, Ipswich and Norwich. However, the class 321s are now gradually being replaced by new Aventra EMUs built by Bombardier/Alstom.

Mr Paul Sutherland, client services director at Eversholt Rail, says the project will support Britain’s decarbonisation targets, with the British government seeking to decarbonise the railway by 2050 and the Scottish government setting itself an earlier deadline of 2035.

“We have a proud history of innovation and investing in our fleets to meet changing requirements, exploring the viability of integrating battery technology to the Renatus fleet is the natural next step. Battery trains offer an ideal solution for routes with partly and non-electrified lines, enabling the replacement of diesel trains and bringing air quality and decarbonisation benefits.”