Testing of the new Stadler Kiss should take eight months. 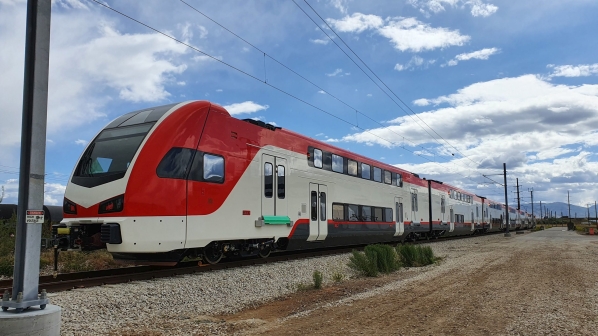 The tests, required under Federal Railroad Administration (FRA) safety rules, will ensure that the new fleet is ready for service.

Assembly of the first train was completed in July 2020, and the train underwent initial tests on Stadler’s 1km test track at its Salt Lake City manufacturing site.

The trains are being manufactured by Stadler under a contract awarded in August 2016, which included an initial order for 16 six-car trains worth $US 551m. Caltrain exercised an option for a further three seven-car trains in December 2018, and extended the previous order for six-car trains to seven cars.

The trains will have a maximum speed of 177km/h and will have eight traction motors distributed throughout the train, enabling faster acceleration and deceleration compared with current locomotive-hauled trains.

The trains are part of Caltrain’s plans to electrify the San Francisco - San Jose rail corridor, reducing diesel emissions by 97% by 2040. Electrification is also expected to improve Caltrain’s system performance, enabling faster and more frequent services, and pave the way for the eventual introduction of high-speed trains.