Driving car and coach are part of a $US 46.5m contract for Seattle commuter network. 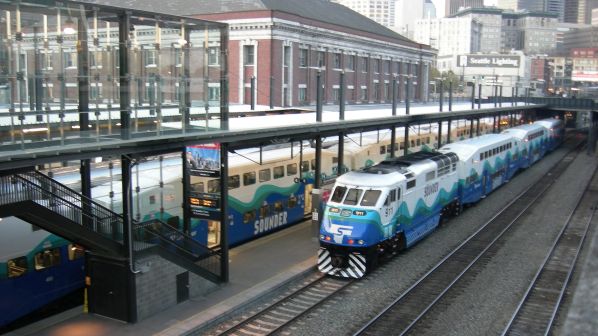 THE first two of 11 new double-deck coaches for the Sounder S Line commuter rail route in Washington state have arrived in Seattle.

The two new coaches, comprising one driving car and one coach, are part of an 11-car order approved by the Sound Transit board in 2020 totalling three driving cars and eight coaches. All the coaches are being manufactured by Alstom (formerly Bombardier) under a $US 46.5m contract.

Sound Transit partnered with two other transit agencies, California’s San Joaquin Regional Rail Commission and North County Transit District, to award the contract in order to reduce the unit price for each car with a larger order.

A second shipment of two more coaches to Seattle is expected in mid-September.

The 11 new cars will increase the Sounder passenger car fleet to 78, which includes both driving cars and conventional coaches.

The new vehicles feature Crash Energy Management (CEM) to absorb energy in the event of a collision. There is an energy absorption zone at each end of the car and couplers are able to absorb energy between cars.

The first of the new Sounder coaches are expected to be in service this autumn.