First two of 100 new UZ coaches due for delivery

UZ awarded the contract for 100 coaches in June. 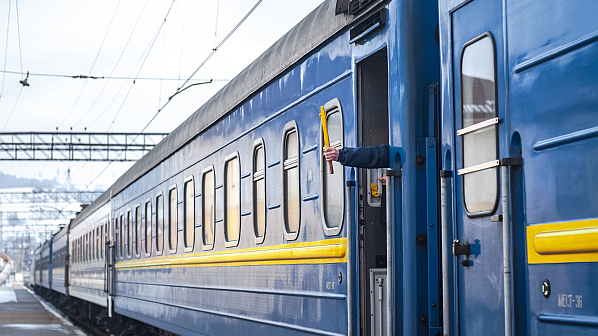 New coaches for UZ will start being delivered before the end of August.
Photo Credit: Shutterstock.

THE first two of 100 brand new passenger coaches are expected to be released from Kryukov Railway Car Building Works (KVBZ) for Ukrainian Railways (UZ) by August 24.

The new coaches are due to be displayed at Kyiv Central Station’s exhibition of rolling stock on August 27.

Ukraine’s minister of infrastructure, Mr Oleksandr Kubrakov, and UZ acting chairman, Mr Alexander Kamyshin, visited the Kryukiv Carriage Plant on August 14 to view progress on the construction of the 100 new coaches, which have been purchased by the Ukrainian government.

At least 10 coaches will be delivered by the end of the year, with full-scale production now underway. Kamyshin also confirmed the government has paid an instalment in advance for the new coaches.

The contract for the coaches was placed in June this year with KVBZ the only bidder out of eight able to supply the 100 vehicles within the required 12-month timeframe. They are required for the 2022 peak season.

The Ukrainian government has budgeted Hryvnia 3bn ($US 112.8m) for the renewal of passenger rolling stock.

For detailed data from around the world, subscribe to IRJ Pro.