All bids were above the budget for the tender. 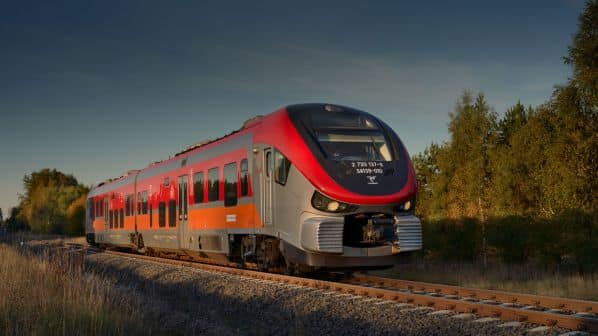 FOUR manufacturers have submitted bids to a tender launched by Polish operator PolRegio for a framework agreement to purchase up to 200 EMUs, with all bids exceeding the tender’s budget.

Bids for the contract, which with a budget of Zloty 6.05bn ($US 1.24bn) is the most expensive ever to be let in Poland, were submitted by:

PolRegio says it plans to sign agreements with the contractors that will run for three years.

“During this period, the company will conduct executive proceedings in which manufacturers will submit bids for a certain number of vehicles and then take part in an electronic auction to select the contractor for a specific order and determine the final purchase price,” PolRegio says. “The company’s planned timetable for the tender process assumes that executive contracts will be concluded by June next year.”

The new EMUs are expected to be delivered in 2026.

PolRegio will finance the purchase with European Union funds from the National Reconstruction Programme, the European Funds for Infrastructure, Climate, Environment 2021-2027 programme and regional programmes, as well as debt financing.

PolRegio launched the tender in May, but the process was interrupted by a number of legal challenges.

Poland’s National Board of Appeal (KIO) ruled that bidders could offer trains with an articulated configuration and aluminium bodyshells. However, PolRegio decided such bids would not receive the 10 additional percentage points awarded during the evaluation for bids offering a conventional, non-articulated train configuration and steel bodyshells. Stadler and Skoda argued this requirement made the tender uncompetitive, an appeal that was dismissed by KIO.