This includes the purchase of 400 new locomotives. 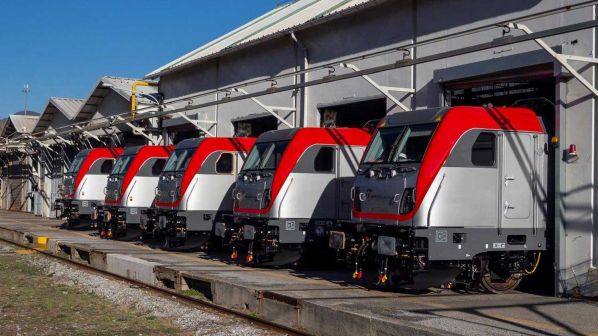 ITALIAN State Railways (FS) is planning to invest €2.5bn over 10 years to introduce 400 new electric and hybrid locomotives and 3600 new-generation wagons, which will reduce the average age of its freight fleet from 30 years to seven years. FS also plans to spend €70m in upgrades to its existing fleet.

The fleet upgrade is part of FS subsidiary Logistics Hub’s strategy to double freight carried by rail by 2030. Rail freight currently accounts for 11% of all freight in Italy, below the European average of 18% and well below Switzerland and Austria at 35%.

The new locomotives will consume 25% less energy than the existing fleet, and the introduction of the new wagons will increase rail freight volumes by 3.6 billion tonne-km over 10 years.

FS says 160 new intermodal wagons are due to enter service by the end of the year, with these equipped with a telematic system to monitor the main operating parameters.

Another four new multi-voltage locomotives will enter service by the end of 2022, alongside the 10 already in operation on cross-border services to Germany and the Netherlands via Switzerland and Austria.

FS’ German subsidiary TX Logistics will purchase 80 new interoperable locomotives to support the growth of international freight traffic while Italy-based Mercitalia Rail will purchase 300 new locomotives and 2860 new wagons over the next 10 years.

Another 32 new shunting locomotives will be purchased for Mercitalia Shunting and Terminals by 2031, with these equipped for last-mile operation on non-electrified sections.

The modernisation programme for Mercitalia Intermodal's wagon fleet started in 2020 is nearing completion with 240 Sgnss wagons upgraded. This includes the replacement of cast-iron brake blocks with quieter synthetic brake blocks, a modern braking system, latest-generation thermostable wheelsets and the overhaul of the livery.

By 2025, more than 90% of Mercitalia Intermodal’s wagon fleet will be equipped with on-board telematics systems capable of transmitting real-time information on running parameters, component status, and wagon position. The operator will also be able to implement predictive maintenance, improving operational efficiency.