The study also found that hydrogen is the least likely alternative, at least until it is further developed. 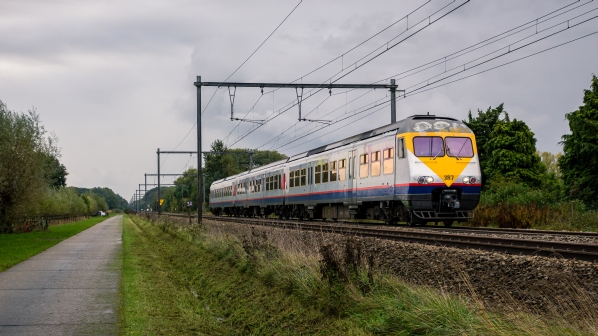 A study into alternatives to diesel traction on the Belgian rail network has found that full electrification or a combination of partial electrification and battery operation are the two most viable options, with hydrogen requiring more development before it can be implemented.

TML considered three alternatives: full electrification, the deployment of battery trains and the use of hydrogen trains.

However, the cost of electrification on many of the lower-intensity lines in Belgium, most of which are currently operated with diesel trains, could be too high to generate a return on investment. The overall benefit from electrification would also depend on the speed at which it is implemented. However, the fact that most of the Belgian network is already electrified would result in economies of scale, allowing existing rolling stock to be used over a wider area.

“This study by the FPS Mobility and Transport shows that it is very interesting to further electrify railway lines as an alternative to diesel trains, if necessary in combination with battery trains,” says deputy prime minister and minister for mobility, Mr Georges Gilkinet. “The social benefits are considerable: easier to maintain, more energy-efficient and environmentally friendly.

“I will therefore commission Belgian National Railways (SNCB) and Infrabel to further explore the results of the study. With such an improvement, the train can increasingly become the backbone of our mobility: more environmentally friendly rail transport is a priority for me."

TML found that the maintenance and other costs were considerably higher for hydrogen trains, due in part to the low durability and limited lifespan of the fuel cells. Although there were no extra costs for extra rail infrastructure, they would require a network of hydrogen production, transport and refuelling stations. TML says this would result in higher costs, especially while the hydrogen industry remains small-scale. The environmental benefits could also be overstated due to the amount of energy lost during synthesis, and the storage of hydrogen compared with the use of electric energy.

“In general, under the current technological framework conditions, hydrogen trains seem to have little added value compared with the well-developed diesel technology,” TML says. “Due to the considerable uncertainty of the future development of the technology, hydrogen remains the riskiest investment. Only in optimal conditions will hydrogen trains score well, and only in well-defined situations.”

“I am following the potential of hydrogen trains for the future with great interest,” Gilkinet says. “The study shows that this is not the best solution right now, but the technology will undoubtedly evolve and may then offer us new opportunities. We always want to be open to innovative solutions.”