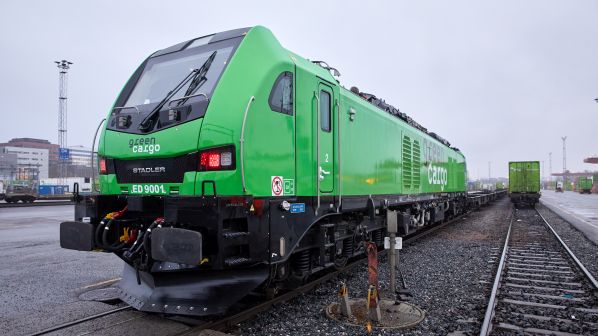 The locomotives were leased by Green Cargo from European Loc Pool (ELP), and their launch follows the approval of the locomotive in both Norway and Sweden in October.

The locomotives will initially be deployed on the Oslo - Bergen line, and will be used to increase capacity on the busy route without increasing the number of trains, which risk overloading the network.

Green Cargo will subsequently deploy the locomotives on its other Norwegian routes between Oslo and Trondheim and Oslo and Stavanger. Green Cargo currently operates 12 daily return services on the three routes.

The 7MW locomotives feature a secondary diesel engine for last-mile operation. The units will replace Green Cargo’s four-axle Traxx locomotives, which have a power output of 5.6MW.

Green Cargo says that the new locomotives will increase freight train capacity by around 50%, the equivalent of around 30 lorries per train.
“The locomotive also has better rail traction and a significantly stronger output, making the new locomotive more suitable for the Norwegian railway network that features numerous steep inclines,” says Mr Bengt Fors, managing director of Green Cargo Norway.

The locomotives have also been adapted for greater robustness in the harsh Norwegian climate and are expected to offer reduced operating costs and improve service reliability.

“As an infrastructure manager, we have a very positive view of a key freight operator investing in new, ultra-modern locomotives,” says Mr Oskar Stenstrøm, director of rail freight at Bane Nor. “This will have an immediate impact on both the capacity and efficiency of freight traffic and will help strengthen the competitive advantage of rail freight. Greater capacity on the railway network will also reduce congestion from heavy transport vehicles and trucks on Norwegian roads.”