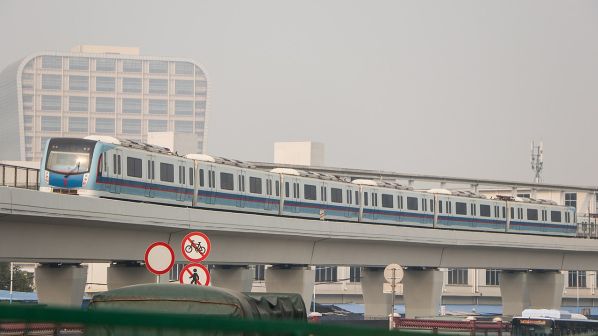 The new trains were ordered as part of a framework agreement signed in 2015 for the supply of metro trains worth Yuan 740m, and follows the delivery of 17 trains for operation on Guangzhou’s Line 13 in 2017. The new order will be used to operate new lines on the Guangzhou Metro, and follows a rapid programme of expansion across the network.

According to IRJ Pro project manager, 286.3km of new metro lines are currently under construction in Guangzhou in 11 separate projects.

The eight-car trains are constructed with aluminium bodies, have a maximum operating speed of 100km/h and a capacity of 3456 passengers.

CRRC Dalian have also confirmed that they will also provide comprehensive maintenance cover for the trains, which incorporate diagnostics equipment to identify potential failures, including high axle temperatures and damage to overhead catenary.