The class 230 was shown at COP26 and will be trialled on a short branch line in west London. 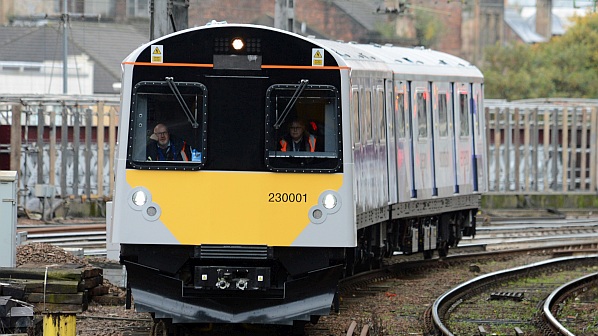 GREAT Western Railway (GWR) has agreed a contract with Vivarail to trial a battery-only train and battery-charging technology on the 3.8km Greenford branch in west London.

The trial, designed to demonstrate the Fast Charge equipment in a real-life situation, is supported by British infrastructure manager Network Rail and £2.15m funding from the Department for Transport’s Rail Network Enhancement Pipeline (RNEP). Innovate UK has also supplied funding for the Fast Charge technology developed by Vivarail.

The trial will be conducted later this year using the three-car class 230, which demonstrated the technology at COP 26 in Glasgow last November. The train is fitted with high performance lithium-ion batteries.

The Fast Charge equipment will be installed at West Ealing station. This is track based and comprises lengths of conductor rail which are live only when the train is positioned above. Charging is achieved through an automatic electronic connection between the train and charger that commences as soon as the train comes to a halt. Once the driver initiates the departure sequence, the charger is automatically disconnected.

The train has a range of 100km on battery power and off-network tests have shown the vehicle can be recharged in 10 minutes. When the class 230 arrives at West Ealing it will automatically connect to the Fast Charge equipment.