The class 490 trains will be ordered under a contract signed with Bombardier Transportation in 2013. 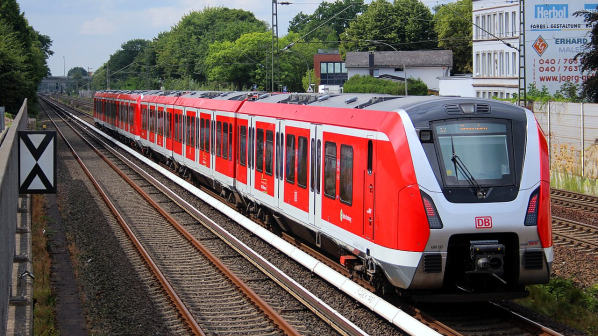 THE Hamburg senate has approved the purchase of 64 class 490 S-Bahn trains worth €400m over 10 years.

The new trains will be used for future projects such as Line S4 extension to Bad Oldesloe, Line S32 to provide a western branch to Osdorfer Born, a third track to the borough of Harburg, the extension of Line S21 to Kaltenkirchen and service extensions in connection with the Hamburg regular interval timetable.

The city will purchase the trains by exercising the final option in a 2013 contract awarded to Bombardier Transportation, which has since been acquired by Alstom. The order comes after Alstom completed the delivery of the final trains under the original contract and two options earlier this month.

The order for the new trains will now be presented to the city’s Transport Committee prior to gaining approval by the budget committee and the Hamburg senate. The trains will also be discussed by the neighbouring state of Schleswig-Holstein, as the S4 East and S21 lines are cross-border projects.

The trains will be able to operate under both overhead catenary and third rail electrification, and will feature regenerative braking.

The barrier-free trains will also have a modern passenger information system, energy efficient air-conditioning, and family-friendly multi-purpose compartments with folding seats in the middle cars. The trains will be equipped to operate with ATO over ETCS under German Rail’s (DB) mainline automation project.

“We are pleased that the senate is sending an important signal here for the further expansion of S-Bahn services in Hamburg,” says S-Bahn Hamburg managing director, Mr Kay Uwe Arnecke. “Already today, S-Bahn Hamburg has increased its workshop capacities and is thus well equipped for a fleet growth of more than 50% compared with 2018. With their modern equipment, the new S-Bahn trains offer additional comfort for our passengers and have been much more stable on the road since last year.”

The modernisation of the class 474 trains, which includes installing multi-purpose compartments and the passenger information system, is also on track to be completed by the end of the year.

“For the S-Bahn, we have now taken a decisive further step and intend to order the necessary S-Bahn trains for the operation of the new lines in May. We are now fully utilising the existing option for 64 additional energy-efficient S-Bahn trains so that they will then be available in time for the start of the planned local transport projects.”