The contract could be worth $US 2.2bn if all options are exercised. 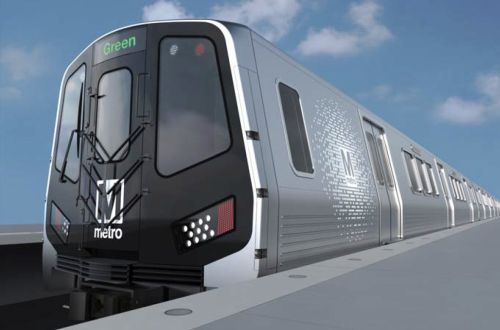 HITACHI Rail Washington has been awarded a contract by Washington Metropolitan Area Transit Authority (WMATA) to design and build an initial batch of 256 8000-series metro cars. If all the options in the contract are exercised, a total of 800 cars will be supplied to WMATA worth up to $US 2.2bn.

WMATA selected Hitachi Rail as the preferred bidder for the contract on September 30 2020. The acquisition of the 8000-series trains will be funded using new dedicated revenue streams established by the District of Columbia, Maryland and Virginia.

The new trains are designed to be lighter, safer and more energy-efficient than 7000-series cars, and will have improved regenerative braking and ventilation, high-definition cameras and stringent cybersecurity. The trains will also have digital screens and real-time information, dynamic maps, electrical outlets for charging personal devices, and additional hand-holds for standing passengers.

Hitachi Rail will manufacture the car body structure, fit out the trains and carry out final assembly at a new plant it plans to build in the Washington area. The initial pre-series trains are expected to be delivered in 2024.

The base order will replace WMATA’s ageing 2000 and 3000-series trains, which have been in service since the early 1980s, and were designed to be "backward compatible" with the metro’s 1970s era design. The 2000 and 3000-series cars were manufactured by Italian firm Breda (now Hitachi Rail Italy). WMATA currently operates a combined fleet of 360 cars of these types.