Hitachi to build 25 trains for Trenitalia 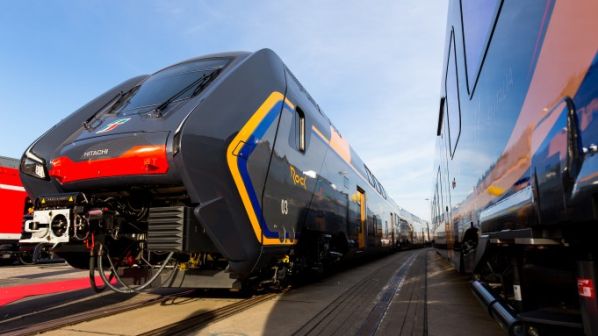 The first train will be delivered in 2023, with the entire fleet delivered by 2025. Investment in the new fleet is part of the 10-year €1.19bn contract extension signed by the FVG authority and Trenitalia for the operation of passenger services in the region. This was signed on January 11 in Trieste, and will expire on December 31 2031.

The trains will be manufactured in Italy by Hitachi. Funding for the fleet is being provided by Trenitalia (€137m) and FVG (€133.4m).

Under the new passenger contract, there will be a 10% increase in service levels compared with 2021 levels. FVG says that punctuality of services operated by Trenitalia since 2014 has risen from 88.9% to 94.7% and excluding delays not attributable to Trenitalia, that is now stable at 99%. In the same period, cancellations dropped by 49.3%.

FVG governor, Mr Massimiliano Fedriga, says the new contract will increase the quality and opportunities for rail mobility for residents and tourists. He added that by the end of the contract 99.5% of all trains will be fully accessible for passengers with reduced mobility.

For details on train orders in Italy, subscribe to IRJ Pro.