The recently-acquired locomotives will be available for lease for use across Scandinavia. 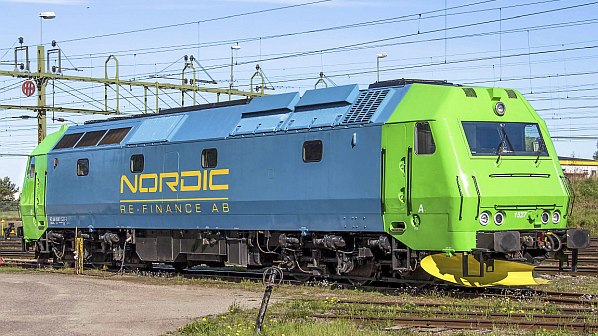 NORDIC Re-Finance has awarded Hitachi Rail a contract to fit its fleet of 27 TMe diesel-electric locomotives operating in Sweden, Norway and Denmark with ETCS and Specific Transmission Module (STM).

The TMe locomotives will be overhauled at which point Hitachi will fit ETCS Baseline 3 release 2 (baseline 3.6) to the 175km/h locomotives, which can operate both passenger and freight trains across Scandinavia. STM is an interface between the European Vital Computer for communication with the legacy class B ATP system.

ATC will also be fitted to the fleet to allow operation in Sweden. The locomotives will then be made available for hire contracts.