Trains were part of an MoU agreed in 2019 for extensions to the city’s metro network. 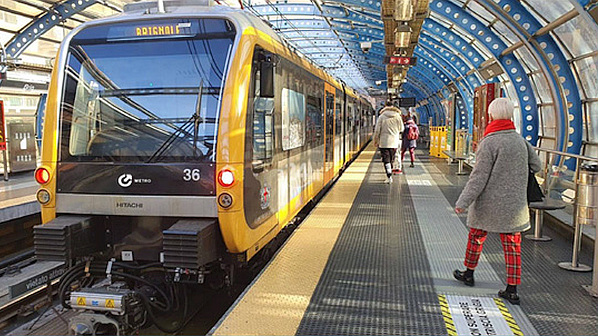 The new Hitachi fleet will be compatible with the trains delivered in 2016.
Photo Credit: Hitachi Rail.

AMT Genoa has awarded Hitachi Rail a €70m contract to supply 14 metro trains that will operate on the city’s expanding metro system.

The four-car 39m-long trains will have capacity for 290 passengers and will usually operate in eight-car formations. The trains will also be able to operate in multiple with the seven third-generation metro trains built by Hitachi Rail in 2016.

The trains will support the expansion of the Genoa Metro network, with construction underway on lines west towards Canepari and east towards Martinez.

The trains will be equipped with ATP and ATO, along with air-conditioning.

Hitachi will build the trains across its Italian factories, with the first of the new fleet due to be delivered in 2024.

For detailed data on Italian projects, subscribe to IRJ Pro.