THE European Commission’s Fuel Cells and Hydrogen Joint Undertaking (FCH JU) has awarded a €10m grant to the FCH2RAIL consortium for the design, development and testing of a prototype bi-mode hydrogen-electric propulsion system. 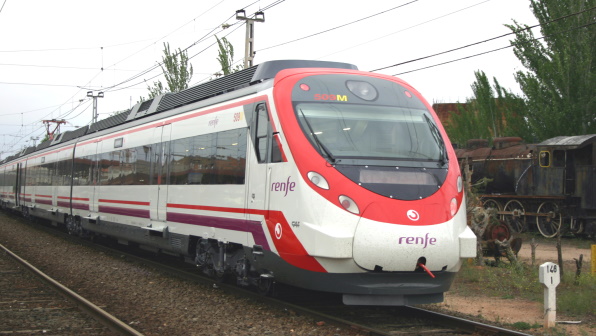 The grant, awarded under the EU’s Horizon 2020 programme, will support the consortium’s €14m four-year project. The hydrogen-electric propulsion system will be designed for installation both new and refurbished vehicles and to be competitive with equivalent diesel technology.

The finished prototype will be equipped in a modified CAF Civia class 463 three-car EMU, and will feature a hydrogen fuel cell system and lithium-titanite batteries to enable the train to operate using overhead electrification.

Testing and validation of the prototype will take place in Spain, Portugal and a currently undetermined third country.

The project will also research the potential for exploiting waste heat generated by the hydrogen fuel cell system to improve energy efficiency, as well as updating European technical standards to ensure the interoperability of future hydrogen trains.

Following the award of the European Union (EU) grant, 71.5% of the project’s funding will now come from EU sources, with the remainder provided by the project partners.