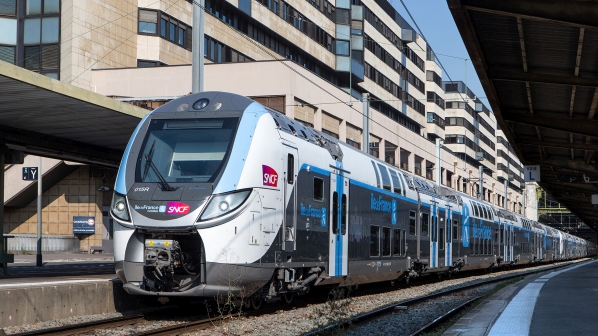 The order is from a framework agreement to supply up to 860 Omneo Regio 2N trains signed in 2010. Delivery is scheduled for the end of 2023.

Omneo sets have also entered service on Line N from Paris Montparnasse to Rambouillet, Dreux and Mantes-la-Jolie. A total of 73 trains are on order for this line, where they will replace class BB 7600 and BB 27300 locomotive-hauled double-deck trains.

Win Alliance Guinea Railway is constructing the line through the Bokai and Jindia districts in northwestern Guinea to support the Win Union Shengtu Mining Area, which mines bauxite.

China: CRRC Changchun has completed the first three-car maglev train for the Guangdong Qingyuan Maglev Project. The train can operate in multiples of up to three vehicles, with each train having capacity for 500 passengers.

The train operates under 1.5kV dc electrification, with each section weighing 40 tonnes. CRRC Changchun has developed a safety system that allows the train to move at low speeds under low voltage.

The 8km line will have four stations, connecting the theme parks around the city. CRRC Changchun was awarded the fleet contract in June 2018 and completed testing in August 2020.

Ireland: Irish Rail (IÉ) has awarded LH Group Services, part of Wabtec Faiveley UK, a five-year contract to undertake the full turnkey maintenance programme of 256 MTU R83 powerpacks fitted to its class 22000 fleet. The contract is worth around €45m.

IÉ first awarded LH Group Services a five-year maintenance contract in July 2013, including a two- year extension that was exercised.

Italy: Hitachi Rail Italy delivered the last two Rock regional trains to Italy’s Emilia Romagna region at the end of December, marking the completion of an order for 86 new trains. An agreement to purchase 47 Pop trains from Alstom and 39 Rock trains from Hitachi was signed on December 11 2017.

The trains are operated by Trenitalia-Tper, a 70:30 merger of Trenitalia and Tper’s operations that was formed in 2019 to operate a 15-year contract awarded to the two companies in July 2015. The operational merger has allowed the new company to invest more than €600m to improve services.