INDIAN Railways is set to offer global tenders to acquire 60 160km/h EMUs at an estimated cost of Rs 380bn ($US 5.3bn) for use on main line services. 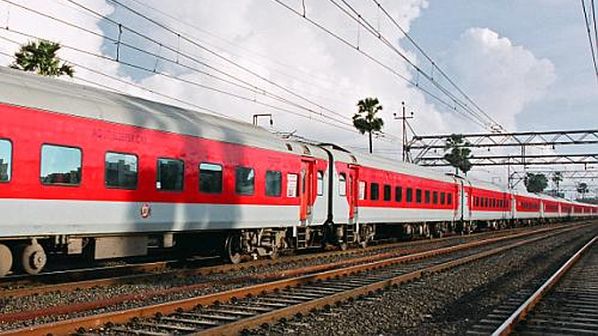 Seven of the aluminium-body distributed-traction trains will be imported, while the remainder will be manufactured in India under a technology transfer arrangement. “Bids will be issued anytime now, and we expect the first of these fast-moving trains to start operation by 2022,” a ministry official said.

IR is planning to acquire 100 new trains by 2022 as it attempts to increase the speed of services. India’s fastest train - the Vande Bharat Express - can clock a top speed of 160km/h, while the Mail and Express trains can operate at up 70km/h.

However, the programme is facing delays on account of a raging inter-departmental war.

As part of prime minister Mr Narendra Modi’s “Make-in-India” initiative, the Chennai-based Integral Coach Factory - an IR production unit - in 2016 awarded a Rs 40bn contract for the manufacture of 40 trains to a joint venture of Stadler and domestic supplier, Medha Servo Drives.

ICF rolled out two fleets, which are now operational on the Delhi -Varanasi and the Delhi - Katra routes. But domestic production plans were halted in March this year, when IR cancelled the contract and ordered a vigilance inquiry to investigate complaints that tender documents were tweaked to favour Medha Servo Drives.

According to the 2016 tender conditions, the successful bidder is required to have Make-in-India-compliant facilities, as well as a minimum of five years’ experience of supplying G8 countries. “Such pre-conditions work to the disadvantage of domestic companies,” the Department of Industrial Policy and Promotion said in a letter to Mr Ashwani Lohani, the then chairman of the Railway Board in March 2018.

The charges have been strongly contested, with Shubhrahshu, who was principal chief mechanical engineer at ICF until June 2019, sending a letter to current chairman Mr V K Yadav in August to assert that the Stadler-Medha consortium had been awarded the contact because of their offer to manufacture the trains at the lowest possible cost.

Global manufacturers such as Bombardier and Siemens were offered the opportunity to submit counter offers, but they refused, the official said in his letter. China’s CRRC and the state-owned Bharat Heavy Electricals Limited (BHEL) had been among the other bidders in the first round.

A senior ICF official, meanwhile, said that the factory has manufactured domestically-developed trains at less than half the average manufacturing cost available in the international markets and that the technological capabilities of the product had also been demonstrated, following a successful run within the last eight months.

An IR official said the re-tendering decision is necessary in order to ensure wider participation in the bidding process.