Czech Republic: Czech Railways (ČD) has begun operation of 22 Regioshuttle DMUs, formerly used by German regional rail operator Southwest Germany Transport (Sweg). The vehicles were purchased via an intermediary, with 13 sets delivered to ČD at the end of 2020. Nine more will be delivered this year, following major maintenance and/or revision. The new vehicles will expand ČD’s fleet of Regioshuttles to 55. 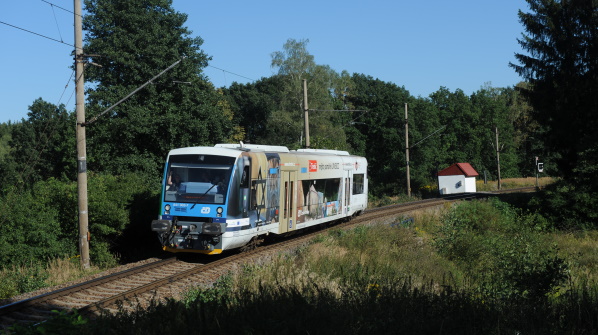 Germany: Lower Saxony Transport Authority (LNVG) has awarded a €27m contract for the modernisation of 169 double-deck passenger coaches to Alstom. The work will be carried out between 2021 and 2026 at Alstom Germany’s site in Stendal. The renovation will include the installation of new seats, CCTV, toilets, LED lights and improved passenger information systems.

Russia: Sinara Transport Machines (STM) and the government of the Sakhalin region have signed a five-year agreement to cooperate on the development of its liquified natural gas-powered (LNG) TEMG1 locomotives. The technology is intended as a more economical, low-carbon alternative to traditional locomotive propulsion such as diesel. The first locomotive is scheduled to be delivered to the region this year, following the certification of the prototype.

Hungary: The Györ-Sopron-Ebenfurt Railway (GySEV) has announced that it has ordered five more Desiro ML EMUs. GySEV already operates a fleet of five Desiro ML, with three more currently on order. The new order is worth €34.8m. The new trains will be used on the Deutschkreutz, Austria, - Sopron, Hungary, - Ebenfurth, Austria, - Vienna - Petrzalka, Slovakia cross-border routes.

Germany: German Rail (DB) has awarded Nordbahn Railway Company (NBE) a 13-year contract for the light maintenance and daily care of up to 18 four-car Stadler Kiss double-deck EMUs. The 200km/h trains will operate on the East Schleswig - Holstein route from mid-2022, and maintenance work will be carried out at NBE’s workshop in Hamburg Tiefstack. DB purchased the seven class 4010 six-car Kiss 1 and 10 class 4110 four-car Kiss 2 vehicles, formerly used by Austrian operator Westbahn, in July 2019.

Hungary: The first 37m-long electro-diesel Citylink tram-train for the Szeged - Hódmezővásárhely line will be delivered in mid-January, Stadler has confirmed. The vehicle will then be assembled at a site in Szentes before beginning line testing in February. The tram-train is part of a fleet of 12 from a contract awarded to Stadler in 2017, which will be used to operate services using diesel traction on the line when it opens in September. The vehicles will also operate at 600V dc on the Szeged tram network.

Germany: Bonn Transport Authority, North Rhine-Westphalia, has begun tendering for a framework contract to supply up to 32 28m-long high-floor LRVs for use on its light rail network. The contract is estimated to be worth €130.6mand includes an initial order of 22 LRVs with an operating speed of 85km/h, as well as the supply of spare parts.

Britain: Eversholt Rail has awarded a £12.4m contract for overhaul of its fleet of 40 class 334 EMUs to Alstom. The overhaul will commence in October 2021, with the work being carried out at both Alstom’s Polmadie depot in Glasgow and its Longsight depot near Manchester. Work will include an overhaul of bogies and other mechanical and pneumatic underframe components, as well as electrical sub-systems such as pantographs, compressors, auxiliary fans and analogue control units.

Russia: The Norilsk Nickel mining company will invest Roubles 6.5bn ($US 87.8m)) until 2030 in the renewal of diesel locomotives used on its 365km railway network, which runs between the Norilsk industrial region and the port of Dudinka. The investment will be used to purchase 27 new locomotives, overhaul 23 locomotives, and modernise two from its existing fleet of five units. The increase in traction will support growing demand for freight traffic on the network.