Hungary: Hungarian State Railways (MÁV) has partnered with Ganz Motor to develop and produce powered bogies for the operator’s new MÁV IC+ control coach, which will be capable of reaching speeds of up to 200km/h. The new coaches will include a driver’s cab, as well as space for 56 seats, and will be built to comply with European standards. 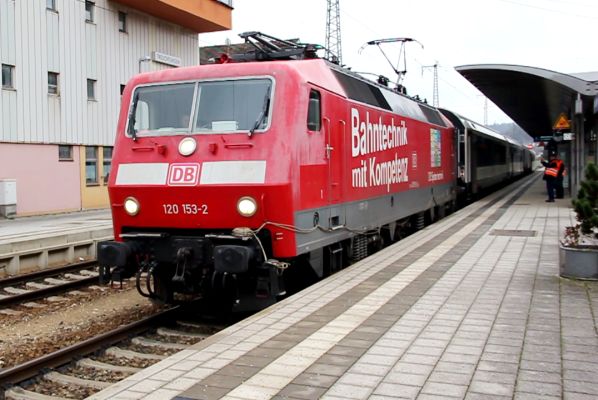 Azerbaijan: Baku Metro has received four new 81-765.4B / 766.4B-series metro trains from Metrovagonmash (MVM), from a contract for 12 five-car trains agreed in 2019. The remaining trains will be delivered before 2023.

Germany: Frankfurt Public Transport (VGF) has awarded a contract to rolling stock manufacturer Windhoff to produce a new fleet of three-car electric work trains for its metro system. The new trains are expected to begin operation in 2022, and will replace VGF’s existing fleet of KLV 53 BB work trains.

Czech Republic: Czech Railways (CD) has announced a tender to modernise a fleet of 16 Bdmtee coaches for regional services in Pardubice, with an option for an additional 36 coaches. The coaches will receive a technical overhaul including improved doors and windows, modern toilets, and safety measures, as well as refurbished interiors and information systems.

Russia: PC Transport Systems has announced the development of a new aluminium modular driver’s cab for its metre-gauge Corsair trams, with the project scheduled for completion in the third quarter of this year. The cab’s interior will be made of a combination of aluminium and flame retardant plastics for added durability and safety.

Germany: Schöneiche transport authority has received approval to operate its third three-car, low-floor Škoda Transtech ForCity Smart Artic 1000mm-gauge tram. The third tram was ordered in 2019 as an option following the purchase of two trams from Škoda in October 2018.

Norway: Teleste, Finland, has been contracted by Stadler to produce security and public announcement systems for Flirt trains currently in production for Norwegian operator Vy. Teleste will equip 20 trains with internal and external CCTV, video recoders and user interfaces, as well as passenger information and intercom systems. The trains are scheduled to be delivered before 2021. The company will also provide these systems for a further 20 Flirt trains on order from Transport for Wales (TfW), which are scheduled for delivery between 2020 and 2023.

Poland: Regional operator Koleje Mazowieckie (KM) has received authorisation to operate the first four of its fleet of new Stadler Flirt trains on its 500km network. The order includes 61 six-car and 10 two-car EMUs for a total of Złotys 2.2bn ($US 553.9m) from a contract agreed in 2018.

Germany: EKE Electronics, Finland, has been awarded a contract by Talgo for the provision of critical safety systems for detecting instabilities in bogies and wheelsets, brake failures and supervision of various train components. The order includes 1500 Vehicle Control Units (VCU) and Remote IO Modules (RIOM), with options for up to 4500 additional systems, to be used on ECx trains scheduled for delivery to German Rail (DB) by 2023.

Czech Republic: Czech Railways (CD) has announced plans for a new maintenance workshop in Pilsen. The new facility will include a 100m train shed with four tracks and workshops and will be equipped with mounting bridges and a crane capable of lifting five tonnes. The new workshop is intended to expand CD’s maintenance facilities in the region and is expected to cost around Korunas 200m ($US 8.4m)

Germany: VTG Rail Logistics has successfully completed the modernization of 800 petroleum tank wagons, ending a project which began in 2014. The modernised fleet boasts improved brake systems and buffers to improve safety, as well as the ability to carry higher payloads.