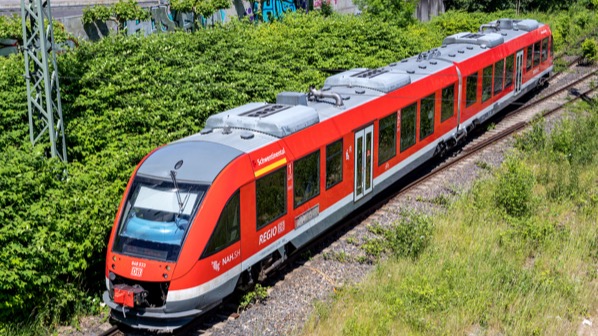 ÖBB has issued a tender for the hire of 35 DMU vehicles.
Photo Credit: Shutterstock.

Austria: Austrian Federal Railways (ÖBB) has issued a tender for the hire of 35 DMU vehicles that would begin in December 2023 and last for an undetermined period. The tender notice mentions ÖBB BR5022 or DB VT642 DMUs built by Siemens,Alstom Coradia Lint41 DMUs, or comparable sets. The trains must have a 120km/h maximum speed and be no more than 50m long. The deadline to register interest is August 16.

Germany: Alpha Trains has leased two more Vectron locomotives from Siemens. They were built last year but were subsequently stored at Regensburg.

Ukraine: 37 passenger coaches from an order by Ukrainian Railways (UZ) for 100 will feature disabled access. This is the first time UZ has received funding for such vehicles. They will be delivered within two years. 20 of the vehicles will be sleeping compartment cars and 17 will be compartment cars.

Brazil: The 500th AC44 locomotive manufactured by Wabtec in Brazil was released from the Contagem plant in Minas Gerais on July 12 following a ceremony celebrating the landmark. Production of the AC44s began in 2008. They have a 3.23MW diesel engine and weigh almost 200 tonnes.

Poland: The first of 21 Impuls 2 trains for the Warsaw Fast City Railway has been completed by Newag. It will soon move for homologation tests at the Railway Institute in Żmigród. They will enter service from 2022.

Britain: Merseyrail has received authorisation from the British regulator the Office of Rail and Road to operate its Stadler class 777 EMUs in passenger traffic. 53 trains are being delivered from factories in Poland and Switzerland.