The Kazakhstan locomotives have been designed to operate in temperatures ranging from 50oC to -50oC. 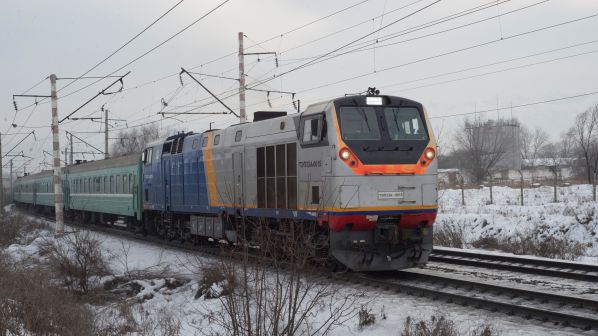 GE Wabtec will deliver up to 110 modern six-axle passenger locomotives to Kazakhstan by 2025.

Czech Republic: Škoda Transportation subsidiary Škoda Electric is due to begin delivering a series of parts to GE Wabtec, to be installed on locomotives for use in Kazakhstan. The parts, which include the complete mechanical drive, engine, gearbox and wheelsets, have been designed to operate in temperatures ranging from 50oC to -50oC, with sudden fluctuations of up to 20oC.

Škoda Electric is currently developing parts for nine locomotives, and will begin delivery later this year. GE Wabtec will deliver up to 110 modern six-axle passenger locomotives to Kazakhstan by 2025.

The contract includes options to equip another 30 trains with the system, and continues the collaboration between Teleste and Alstom that was launched under a platform agreement in 2017.

Canada: British Columbia’s West Coast Express will refurbish seven trains with more energy-efficient engines, which will extend their life by 15 years. Half of the $C 20.4m ($US 16.8m) cost will be covered by the federal government, while the provincial government will provide $C 9m and public transport company TransLink will cover the remaining $C 1.4m. The West Coast Express is 25 years old and carries about 2.6 million passengers annually along a 68km line from central Vancouver to Mission.

Russia: Yakutia Railways has begun testing a 2TE3250 diesel locomotive designed by United States manufacturer Progress Rail for trial operation in Russia. The locomotive was assembled in Chicago and travelled by rail to the United States’ Pacific coast, then by sea to Vladivostok, and again by rail to Yakutia, where it will be tested in northern Russia’s extreme weather conditions.

Morocco: Moroccan National Railways (ONCF) has signed a protocol with Alstom, which will officially become responsible for maintaining a fleet of new-generation Prima M4 electric locomotives through the Maloco joint venture between Alstom and ONCF.

Alstom was awarded a contract in 2018 to supply 30 locomotives, 15 of which have been delivered, with 10 entering service. The 30 Prima M4 locomotives, which operate under 3kV dc electrification, have a nominal power of 5.5MW and a maximum operating speed of 160km/h.

Italy: Rail infrastructure contractor CLF has concluded a framework agreement with CZ Loko for the supply of up to 10 741.7 series locomotives, with an initial order for two new locomotives to be delivered by the end of the year. The remaining eight locomotives will be upgraded class 740 locomotives currently used by CLF for track construction and maintenance. The four-axle class 741.7 locomotives are designed for shunting and operation on industrial sidings.

Britain: Mott MacDonald has developed a masterplan for a multi-modal hydrogen transport hub in Tees Valley for the Department for Transport (DfT). Development of the hub will be kick-started with £3m in government funding and could be fully operational by 2025. The hub will comprise a set of facilities including green hydrogen production, storage, distribution, and refuelling stations. It will act as a test bed to help understand the role of hydrogen as part of the energy transition in the transport sector.

Czech Republic: Construction company Subterra has signed a contract with CZ Loko to purchase an EffiShunter 1000 locomotive, and will become the first private operator to run the locomotive with ETCS. The locomotive will mainly be used to transport construction materials and track machinery. ETCS will also be required to operate on mainlines in the Czech Republic from 2025, necessitating the use of the on-board signalling system.

The locomotive features a CAT C32 diesel engine with an 895kW output, and will be fitted with the Mirel train protection system in addition to ETCS for operation the Czech Republic and Slovakia. The locomotive will be delivered in the first quarter of 2022.

Russia: Sinara-Transport Machines (STM) will deliver four TEM9 diesel locomotives for iron-ore processor Tulachermet, in order to replace the company’s TGM4, TGM6 and TEM2 locomotives. The shunting locomotives will be equipped with additional thermal and noise insulation around the cab.

Serbia: Stadler has been named as sole bidder for a contract to supply three 200 km/h double-deck EMUs to national passenger operator Srbija Voz for use on the Beograd - Novi Sad line, after submitting a €62.2m bid. The first of the Kiss EMUs is expected to be delivered in October, with the other two to follow by the end of the year.

Russia: Uralvagonzavod (UVZ), a subsidiary of the state-owned company Rostec, has signed a contract with an unnamed operator to manufacture 3053 model 12-196-02 gondola wagons by September this year. The 12-196-02 gondola wagon was designed by UVZ and has been manufactured since 2015, with the 40,000th wagon completed in March 2021. The four-axle wagon has capacity for 94m3, and can carry up to 75 tonnes.