INDIAN Railways’ (IR) new global tender to supply propulsion systems and bogies for 44 new 160km/h EMUs, likely to be floated shortly, will include clauses to increase the level of local content in accordance with the revised public procurement order issued last month. 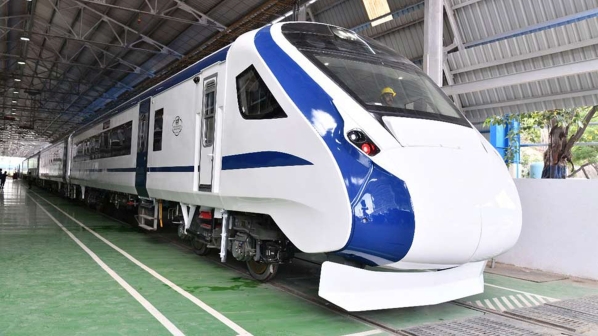 The 16-car trains are under construction at the Integral Coach Factory in Chennai for the Vande Bharat Express.

Last week, IR cancelled the initial tender for the traction equipment, which was launched in July, after prices quoted by the bidders were reportedly leaked at the technical qualification stage.

Chinese joint venture (JV) CRRC Pioneer Electric, India, was the only foreign manufacturer among the six firms that submitted bids to supply the propulsion systems and other electric components for the trains.

Media reports suggest that the cancellation may have been provoked by the Indian government’s move to stop Chinese participation in light of continuing border tensions between the two countries.

According to the modified public procurement orders, the Indian government has decided that maximum preference should be allotted to companies whose goods and services have 50% or more local content.

Simultaneously, the India government has developed the “Surakshit Bharat” policy that states that government contracts will not be awarded to companies based in countries that share a land border with India, except for countries that have either a friendship agreement with India or a Line of Credit arrangement.

As a result of the two policies, China and Pakistan will be barred from participating in Indian projects in rail and other sectors.

“Because of the new guidelines, IR could well feel compelled to consider fresh options such as going for a loan-tied contract based on a government-to-government agreement on the pattern of India’s deal with Japan for the construction of the Mumbai - Ahmadabad high speed rail corridor,” says former Indian Railway Board chairman, Mr J P Batra.

Major international players including Alstom, Bombardier and Siemens stayed away from the bidding process, reportedly due to the complex tender conditions.

IR plans to use the new trains to expand inter-city services.