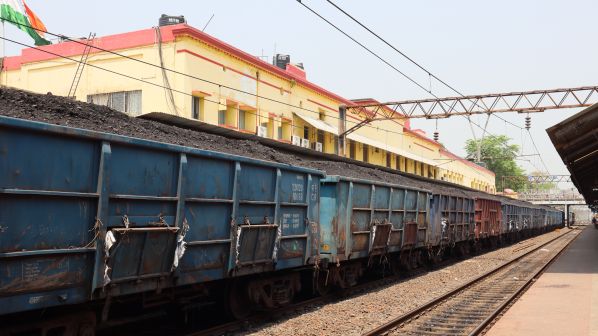 The shortage is exacerbated by the bulk orders for 90,000 wagons.
Photo Credit: Shutterstock/Creative Krish

INDIAN Railways (IR) has launched an international search for wheel and axle suppliers to alleviate a domestic shortage aggravated by the bulk orders for 90,000 wagons and 400 Vande Bharat EMUs.

With supplies from Ukraine halting due to the Russin invasion, IR is now looking to increase imports from Europe or China and Japan. The requirement for forged wheels has increased due to IR’s decision to only build LHB coaches in future, along with plans to purchase more electric and EMD locomotives, metro trains and cranes.

IR also plans to purchase 90,000 four-axle wagons over the next three years, creating a requirement for 720,000 additional cast wheels. Even if IR’s cast wheel manufacturing plants in Bengaluru and Bela are able to increase production capacity from 140,000 to 200,000 wheels, there will still be a deficit of 300,000 wheels over the next three years.

However, the decision to phase out ICF-built coaches and Alco diesel locomotives will progressively reduce the requirement for cast wheels in the long term, making it uneconomical to invest in increasing production capacity in the short term when most operators internationally are primarily using forged wheels.

IR, ironically, has the potential to emerge as a global leader in manufacturing forged wheels. The company signed an agreement with Rail Ispat Nigam (RINL), a public-sector enterprise of the Ministry of Steel, for the manufacture of 100,000 forged wheels at the Modern Coach Factory plant at Rae Bareli. Set up at a cost of Rs 23bn ($US 298m) in September last year, the plant has only manufactured 600 wheels so far due to disputes between RINL and the German wheel manufacturing equipment supplier.

While IR has imposed a penalty on the supplier, the company has refused to provide full access to RINL to operate the machines. IR is now considering leasing the plant to a domestic private company, but negotiations have stalled due to IR’s reluctance to commit to purchase 80,000 wheels annually at a mutually agreed price, which it had already agreed to with RINL.

If and when the forged wheel plant at Rae Bareli becomes fully operational, India would not only be able to meet domestic needs, but would also become an exporter of wheels and axles. IR has largely been meeting its own demand for axles, although approximately 5000 axles have been imported annually in recent years from Russia or Ukraine to meet a spike in demand. The Bengaluru-based Rail Wheel Factory (RWF) is now in the process of enhancing axle manufacturing capacity with the introduction of a new forging line, which would increase annual capacity from 70,000 to 100,000, eliminating the need for imports.