JR Central has completed a year-long operational trial of the HC85 Series diesel-battery hybrid multiple units, which will now be introduced to replace series 85 DMUs on the Nanki and Hida limited express services. 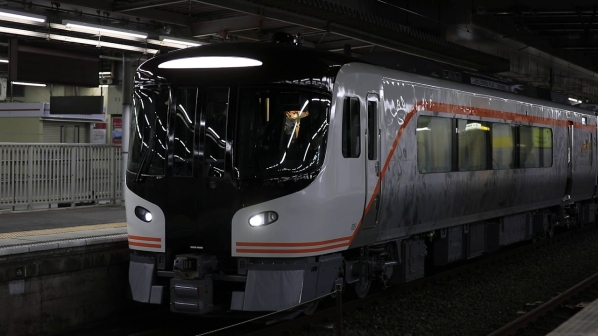 The HC85, developed by Nippon Sharyo, has a top speed of 120km/h, and replaces the previous diesel mechanical trains. JR Central says that removing the drive shaft and gears will improve safety and passenger comfort.

Regenerative braking will be used to charge the battery, which will then power the train during acceleration and braking, reducing noise and emissions. The diesel engine will also be turned off when idling in the station, with a fuel-injection control system developed to further improve efficiency.

The train features a number of other innovations including moulded bogies, which reduce the number of critical welds by around 60% compared with series 313 trains. A vibration monitor has been installed to track the condition of bogies and other equipment, with data on the status of components transmitted to the depot in real-time to allow condition-based monitoring.

In the event of a derailment caused by striking an obstacle at a level crossing, a deviation prevention system will stop the train from crossing onto adjacent tracks to avoid collisions with oncoming trains. The train is also fitted with Automatic Train Protection (ATP), along with a guard to prevent damage caused by collisions with deer and other animals.

A rubber anti-vibration structure has been installed between the body and the engine to reduce noise and vibrations, and the axle springs can also be adjusted along three axes to further reduce vibrations. Soundproofing has also been installed under the floor.