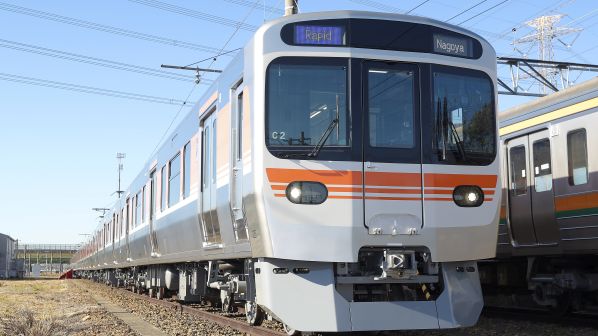 CENTRAL Japan Railway (JR Central) has confirmed that it will introduce new series 315 commuter trains on the Chuo Main Line between Nagoya and Nakatsugawa from March 5 2022.

The trains will operate all services apart from limited express trains. Nippon Sharyo is supplying the fleet of 65 trains comprising 23 eight-car and 42 four-car sets under a contract awarded in January 2021. It is set to deliver seven trains comprising 56 cars by March.

Introduction of the trains will enable JR Central to withdraw series 211 eight-car trains on the Chuo Line by the end of fiscal 2023. The trains will also be deployed on the Tokaido Main Line as well as commuter services around Nagoya and Shizuoka, and will be delivered in four additional batches up to March 2026, also replacing series 213 and 311 trains deployed since the mid-1980s.

JR Central says the series 315 trains will offer around a 35% energy efficiency saving compared with the series 211. The trains are equipped with silicon carbide (SiC) devices in the traction system. Safety will be enhanced by offering barrier free entry and five security cameras in each car. More comfortable seats will be introduced with a larger profile than the series 211s.

In addition, for the first time in Japan, Artificial Intelligence will optimise the functionality of air-conditioning systems to offer a 30% cooling capacity compared with the 211. The trains will be equipped with LED lights and vibration detectors to improve the reliability of bogies. The trains will also feature wheelchair access devices and toilets suitable for use by wheelchair users.