The fleet will be fitted with new tilt technology. 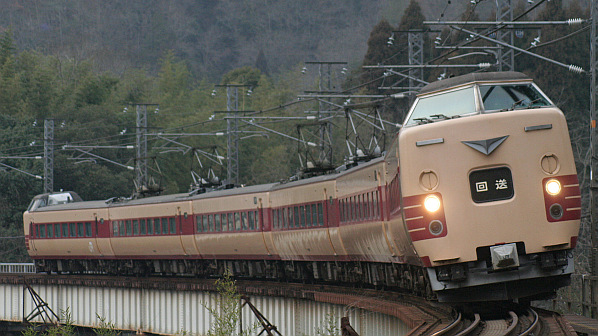 A series 381 EMU, which will be replaced by the new fleet.
Photo Credit: Wikimedia Commons.

The series 273 dc EMUs are destined for the 1067mm-gauge Yakumuro limited express, which operates in the Chugoju region of Honshu. They will replace series 381 EMUs which were introduced in 1987.

The new trains will be fitted with what JR West describes as “the first natural pendulum system with on-board control.” This has been developed in Japan, with the train continuously collating the curve data on the coach, the data of the driving point and then tilting the train at the appropriate time. JR West worked with the Railway Technical Research Institute and Kawasaki on this technology.