AFTER two failed procurements, and a tumultuous third tender, Latvian passenger operator Pasažieru Vilciens (PV) finally concluded a deal for the renewal of its EMU fleet on July 30, when it signed a €241.9m contract with Škoda Vagonka for 32 trains. 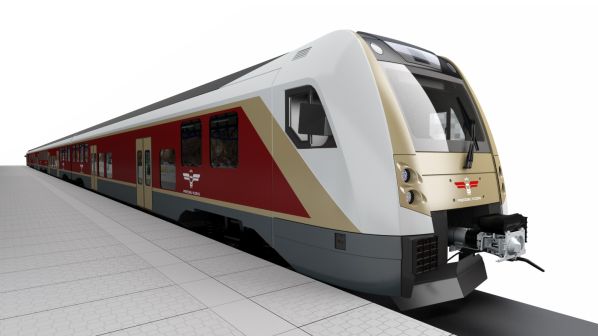 In 2012 PV selected CAF for a contract to supply 34 three-car Civity EMUs and seven three-car DMUs, but the tender was subsequently cancelled following an appeal by Stadler.

Two years later PV launched a new tender for a 15-year hire/purchase contract for at least 25 EMUs. Stadler was announced as the winning bidder in July 2014, but Hyundai Rotem successfully appealed against the decision and the procurement was abandoned for a second time.

PV subsequently launched a third attempt to find a supplier, this time for 32 EMUs, and in December 2015 CAF, Škoda Vagonka, Stadler Poland and Talgo were shortlisted for the second round of the competition. In November 2018 PV announced it had selected Talgo as preferred bidder with an offer of €225.3m, the lowest-priced bid.

CAF and Škoda Vagonka filed objections with Latvia’s Procurement Monitoring Bureau (IUB) and the procurement was stopped again. In January the IUB ordered PV to re-evaluate all four offers, taking into account the bureau’s recommendations on assessing energy costs, and in May Škoda Vagonka emerged as the winning bidder.

Talgo appealed the outcome of the revaluation, questioning the reliability of the figures for the energy-saving capabilities of the Škoda Vagonka train. The IUB upheld Škoda’s complaint and the procurement and gave PV 20 days to address violations identified in the tender revaluation.

Following a further re-evaluation of the bids, Škoda was again declared the winner and Talgo appealed again. However, at the beginning of July Talgo’s complaint was rejected by the IUB, which gave PV the go-ahead to conclude the contract with Škoda.

Delivery of the 1520mm-gauge EMUs will begin within 140 weeks of contract signing and PV is due to receive the final train in 2023.

Each 109m-long four-car train will accommodate 436 seated passengers and 450 standees.

The 160km/h trains will be equipped to operate on Latvia’s current 3kV dc electrification system but designed to enable future conversion to 25kV ac in line with the Latvian Electrification Programme, which envisages the conversion of the Riga suburban network to ac.

The trains will operate services from Riga to Aizkraukle, Tukums, Jelgava and Skulte and PV plans to introduce regular-interval services on these routes, with trains running at 15-20 minute headways at peak times.

For detailed data on fleet orders around the globe, subscribe to IRJ Pro.