CZECH open-access operator Leo Express has published a series of photos of its three new EMUs currently being built by CRRC, which are due to be shipped from China to the Czech Republic in the second half of this year. 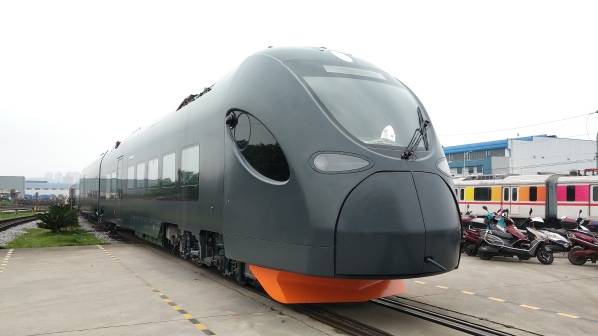 Following testing at the Velim test centre in the Central Bohemian Region, the units will be used for domestic and international open-access services in the Czech Republic, Slovakia and Poland. Leo Express has also indicated plans to expand its operations to other European countries, although it has not released details of specific routes.

Leo Express CEO, Mr Peter Köhler, said the units are multisystem and hybrid-ready, which will allow them to operate “anywhere in central Europe.”

Several Czech design studios contributed to the project, while nearly 20% of components were supplied by Czech contractors.

The train will include a new kitchen, which will provide an improved range of refreshments, and will also have recycling bins. The trains are barrier free, and have space for luggage, skis and bicycles. The trains also provide different levels of service, from business class to children’s sections.

Leo Express awarded CRRC ZELC Verkehrstechnik a contract in 2016 for three EMUs, with an option for 30 more, with the total contract worth Koruna 5bn ($US 216.3m).