LILLE’s metropolitan government (MEL) has confirmed plans to replace the 24 trams used on the city’s two-line light rail network from 2024. 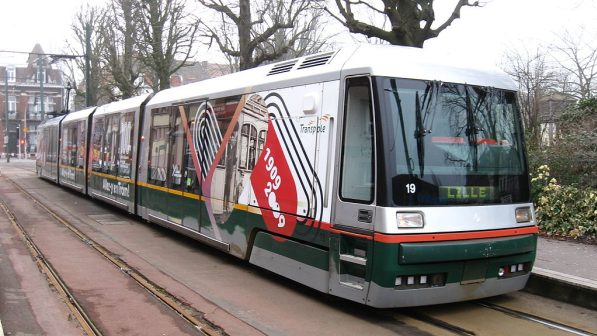 The new vehicles will have a maximum length of 32.4m, offering a capacity increase of around 23%. The maximum spacing between doors will be 24.5m to offer high levels of passenger flow.

The contract is expected to be worth €150m and the regional government will include an option for up to six additional vehicles. It is also set to investigate potential improvements to the network’s signalling systems, and improved integration with the city’s road traffic management systems, in order to increase network capacity and frequency in the longer term.

Lille’s light rail network served an average of around 51,000 passengers per day in 2019 and is currently at capacity, particularly on the Gare Lille Flanders - Romarin section, and during peak times.

The network is expected to serve around 60,000 passengers per day from 2034 as population increases and planned network expansions are completed.

The fleet renewal will be overseen by operator Keolis, which holds a seven-year concession for the operation of public transport in the city. The €2bn contract, awarded in December 2017, will run until 2025, and includes a condition for the renewal of rolling stock.

The plans are part of a wider programme of modernisation for Lille’s transport network, which includes the procurement of a new fleet of 27 four-car rubber-tyred trains, which Alstom is delivering for use on the city’s light metro network from 2023.