THE Bombardier Hartasuma Consortium has completed local assembly of the 27 additional driverless trains on order for the Kelana Jaya automated light metro line in Kuala Lumpur. 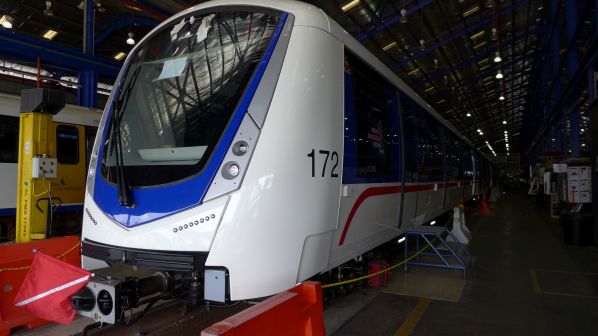 Local assembly has been completed of 27 metro trains for the Kelana Jaya Line in Kuala Lumpur.

The four-car Innovia 300 trains were ordered by Prasarana in 2017 under a Ringgits 1.7bn ($US 408m) contract and follow the original contract for 14 trains of the same type awarded in 2013.

The new trains were manufactured in Plattsburgh, United States, with final assembly and interior fit-out carried out at the consortium’s Westport facility in Malaysia.