ALSTOM’s iLint hydrogen-powered multiple units have successfully completed 18 months of testing in Lower Saxony, Germany, and will now move to the next phase of the project. 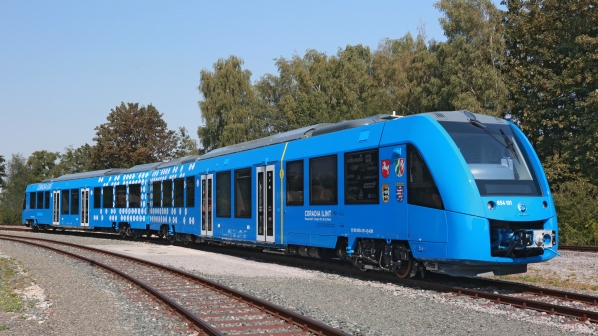 The two trains began testing on the Weser-Elbe network in September 2018.

Between September 2018 and February of this year, two pre-series iLint trains travelled more than 180,000km, after being the first hydrogen-powered trains to enter regular passenger service.

From 2022, Lower Saxony Transport Authority (LNVG) will replace the DMUs currently operating on the network with 14 Coradia iLint series trains. Alstom will also provide power supply and maintenance at its site in Salzgitter under a 30-year contract. Gas and engineering company Linde will build and operate a hydrogen filling station for the trains near Bremervoerde station.

“Our two pre-series Coradia iLint trains have proven over the past year and a half that fuel cell technology can be used successfully in daily passenger service,” says Mr Jörg Nikutta, managing director for Germany and Austria with Alstom Transport Germany. “This makes us an important driving force on the way to emission-free and sustainable mobility in rail transport. We have also obtained valuable data from the trial operation of the fuel cell trains for the further development of the propulsion technology.”

“We are proud that we were the first railway company in the world to be allowed to operate the first two fuel cell trains on the Weser-Elbe network,” says Mr Andreas Wagner, head of the SPNV division and authorised signatory of the Elbe-Weser Transport Company (EVB).

“From the very beginning, our passengers were very curious about the trains and their new propulsion technology. Besides its very low noise level, the hydrogen train was able to score with its emission-free operation, especially with climate change. The operation of the iLint was a very special motivation for our train drivers.”

The Coradia iLint is powered by a hydrogen fuel cell which generates electrical energy for propulsion and only emits water vapour and condensated water. The train features several innovations including clean energy conversion, flexible energy storage in batteries and intelligent management of motive power and available energy.