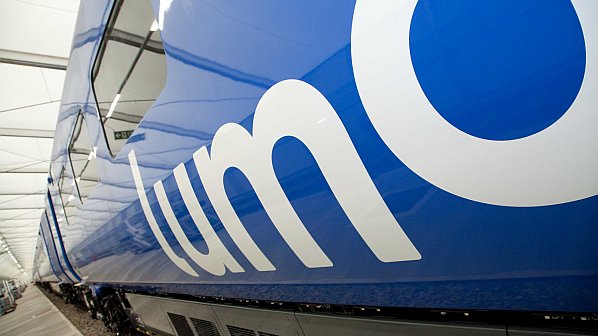 BRITISH rail regulator, the Office of Rail and Road (ORR), has authorised a fleet of five Hitachi class 803 EMUs to enter service this month with new open access operator Lumo.

Financed by Beacon Rail, the five 130m-long five-car 200km/h EMUs were built at Newton Aycliffe and will operate on the East Coast Main Line (ECML) between London King’s Cross and Edinburgh Waverley.

The class 803s are the first of the Hitachi class 80x platform to operate in Britain without any diesel engines fitted. Unlike the class 801s which are EMUs but have a small diesel engine fitted to provide hotel power should the train fail, the class 803 is instead fitted with batteries for the same purpose.

Lumo is the second open access operator to be run by First Group on the ECML, joining Hull Trains. The new operator is offering reduced price ticketing on its services, with tickets starting at £14.90 for a one-way journey between London and Edinburgh. Lumo begins operations on October 25.