Madrid Metro to boost capacity with order for 60 trains

THE regional government of Madrid has announced it will purchase more trains and hire more drivers to meet the increasing passenger number on the Madrid metro network, which is experiencing the highest level of patronage in its 100 year history. 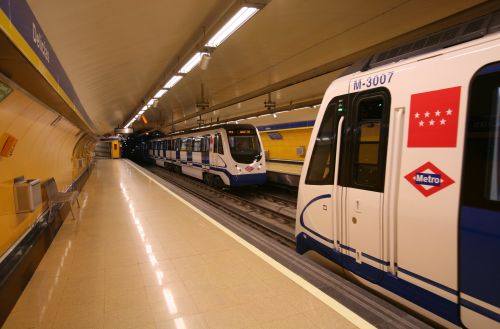 By the end of 2018, an estimated 687 million passengers will have used the network and the government has begun negotiations with the trade unions to increase the workforce. It will also launch tenders in 2019 for the purchase of 60 new trains, 32 to replace older rolling stock and 28 to boost capacity where necessary, at an estimated cost of €700m.

Figures published by the National Bureau of Statistics (INE) show that the number of metro passengers between May and July increased by 12.8%, compared with an 11.6% decline in municipal bus ridership.

During a plenary session of the Assembly of Madrid on October 4, the secretary for transport, housing and infrastructure, Ms Rosalía Gonzalo, said that while the metro is able to cope with current demand, the number of passengers has been increasing steadily over the past few months. Average daily ridership has increased by more than 100,000 in 2018.

The metro has also brought forward the recruitment new drivers, which was originally planned for next year, and talks are already underway with the trade unions to define staffing needs. The workforce was already increased in 2016 with the appointment of 360 new drivers.