MAGDEBURG Transport (MVB) has launched a tender for the delivery of 35 low-floor LRVs, which will both replace the existing vehicles from 1995 and expand the fleet. 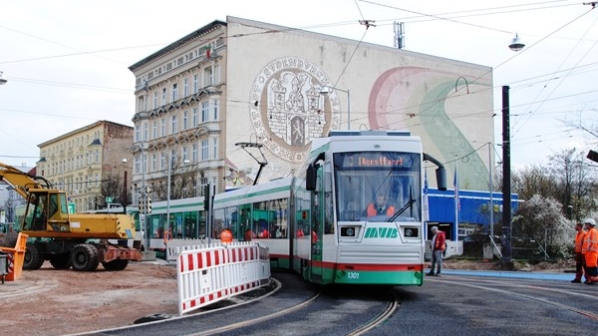 MVB announced plans to purchase the new fleet in July last year, but completing the €130m order was dependant on receiving €61m in financing from the German state of Saxony-Anhalt, which has now been secured.

The vehicles, initially designated as ‘NGT 10D,’ will be 2.4m-wide and 38m-long, around 9m longer and 10cm wider than the existing fleet.

MVB says the vehicles must have barrier free access for passengers with reduced mobility, along with four wide pairs of doors including two with folding ramps. The vehicles will also include two multifunctional spaces for pushchairs, walkers, and bicycles, along with air-conditioning, a state of the art lighting system, Wi-Fi, and an external announcement system.

Following the introduction of the new LRVs from 2023, MVB will withdraw its 25 NGT 8D trams from service. The additional vehicles will be used to meet increased demand, as well as provide services along the new 13.5km north-south line that will connect the districts of Reform, Neustädter Feld and Kannenstieg to the light rail network.

“Trams are not off-the-shelf as a finished product,” says MVB managing director, Ms Birgit Münster-Rendel. “They are individually adapted to the technical and operational requirements of our company. The tendering process is correspondingly complex.”

For detailed data on LRV tenders from around the world, subscribe to IRJ Pro.