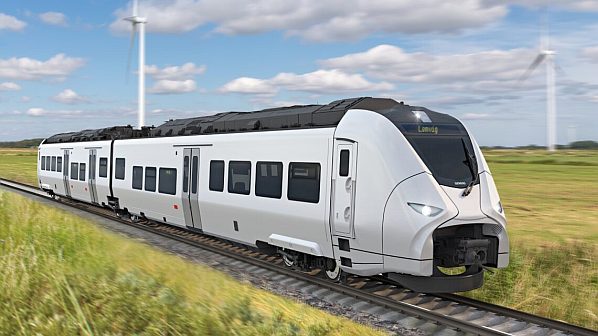 DANISH operator Midtjyske Jernbaner (MJBA) says it has placed an order with Siemens Mobility for seven Mireo battery trains, which will begin commercial operation before the end of 2024.

MJBA says that the initial plan was to acquire three battery trains. However, as part of the Danish government’s Infrastructure Plan 2035, which was adapted in 2021, a further DKr 330m ($US 48.7m) was allocated to the operator to enable the purchase of a further four trains as well as charging infrastructure.

Charging facilities will be installed at stations to enable the recharging of the train batteries. MJBA says it is also in discussion with Midttrafik about charging battery buses.

MJBA says that the charging infrastructure will  enable the operator, working with Lemvig Municipality and Klimatorium, to consider stations as “green climate areas.”

Funding for the trains has been provided by the Central Jutland region and Danish government. MJBA says the battery trains will replace eight diesel trains currently in operation.

No specifications have yet been released. Siemens told IRJ that no contract had been formally signed and that the order had to be approved by two Danish governments on April 29 before any order could be confirmed.